Dawning of The Space Age

Seasoned local music-makers team up for some straight-up rock. 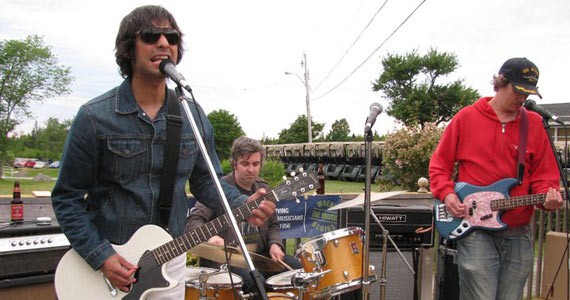 After playing together with The Holiday Snaps in the '90s, Andy Patil and Greg Fry had been itching to collaborate again, but given they were both busy playing in other bands they just had to wait until the time was right. Then Patil retired his post as longtime bassist for Matt Mays and El Torpedo to focus on his songwriting. Opportunity knocked and it just so happened that Fry (The Heavy Blinkers) was ready to answer. "We're definitely feeling a rebirth of sorts with this project as we've been semi-retired from the music business for a couple of years now," says Patil of The Space Age, who recorded its debut EP as a two-piece this summer before picking up Mike Jackson (The Doug Mason Band) to fill out the bassline. Though the trio hopes to record a full-length during the winter, now's the time to get used to seeing their faces on stage again.