Daniel Bugden shot for the stars, and landed on the moon—getting paid to make video games 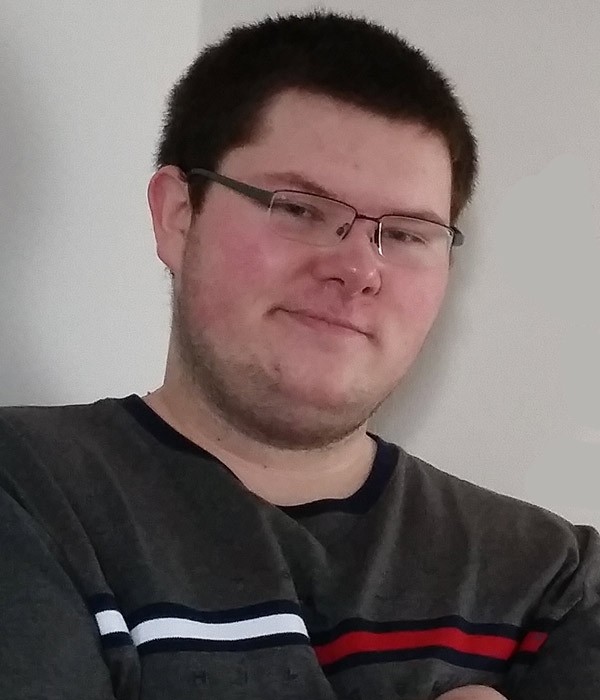 Daniel Bugden remembers being quite invested in video games in his childhood, at the finer details. He thought to himself what it would take to replicate these assets. It turns out that you can—and you can get paid for it.

Daniel has been working with Red Meat Games in the junior 3D department. He has been coming in and taking art direction from the art lead, discussing art direction, creating textures, and he's only in his first month of work.

"It's a fit for me in particular because I love learning and self-improvement. By being under an art lead, I'm learning multiple techniques everyday that are beneficial to me," says Daniel.

Daniel found his position thanks to seeing a presentation made by daVinci College. They swooped in, and made him say goodbye to his year-off after high school.

"They came off as a very game-oriented college, and it attracted my attention," says Daniel about the two-year 3D Animation for Game, Film and Visual Effects Program. "The instructors are knowledgeable and personable. They see you beyond students because they want you to succeed." Beyond the curriculum, daVinci provided Daniel with the freedom of learning what he wanted to. He took it upon himself to master software that wasn't taught there, and the instructors backed him up.

Daniel spent his time at daVinci working on a level design for a game in a team-building project. "The course covered the basics of what I could expect in the field. It really set me up to tackle any challenge that was set in front of me. I'm still learning a lot, but most of it was covered for me. You can always keep learning, and I was never afraid of that, or to ask questions." Daniel learned to never aim for the baseline paths, and to always strive for more. Now, he's working his dream job.