Trans women are often seen as something abhorrent or an exotic fetish, but rarely as human beings. 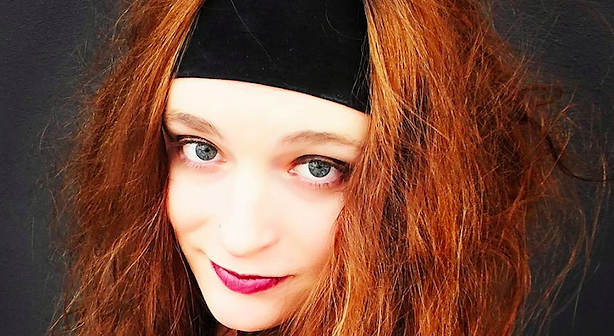 I’m transgender, which is to say I’ve had my sex misidentified at birth. There are a lot of stereotypes about trans people, especially trans women and girls. People will say we’re “a male that becomes female,” or a “crossdressing male,” which makes dating a bit difficult.

Trans women are often seen in the dating world as either something abhorrent or an exotic fetish. We’re sexual adventures, but never serious relationship material. When rapper Real Tyga was revealed in 2015 to be dating a transgender woman it was a public “scandal.” Yet the news about robotics company Realbotix currently making “transgender” sex dolls for male consumption is a “new and exotic way to spice things up in your bedroom.” The dolls themselves were never misidentified at birth. They’ve never faced hardship or struggles or discrimination. All they do is spread the false narrative that trans women all have penises, reinforcing the idea of trans people as a fetish.

Tinder is another story.

In December, Vice published an article about trans women being banned from the dating app, despite Tinder’s appearance as inclusive of non-binary people. It’s telling, and a bit of a slap in the face, that Tinder allows multiple gender options beyond “male” and “female,” but users can only search for men and women.

I used Tinder, back when I used to date men. During one date I met up with a local match for some frozen yoghurt and a walk through the Public Gardens. Then he suggested we go back to my house.

“Do I tell him?” I thought, battling options in my mind. It wasn’t his business to know, but also if he was transphobic and found out, he might attack me.

Other trans women have been killed in similar situations. Gwen Araujo, a teenager from California, was murdered in 2002 by two of her sexual partners. The murderers’ reason? She was trans. In court one of the accused used what is now called the “trans panic defence.” They claimed they didn’t know the woman was trans, and that was grounds enough for attacking Araujo. The defence rehashed old transphobic stereotypes in the trial, such as claiming Araujo was actually male. It’s not an isolated case. As a legal tactic the “trans panic defence” has been used in 48 American states, though—thankfully—I can’t imagine it would fly here in Halifax.

On my date, I decided to stay quiet—for the moment. Eventually, I told him, at which point he let me know that he already knew. Turns out we had taken a class together in my first year of university.

The stress and the worry is one of the reasons many trans people only date inside their own community, with others who understand what they’re going through. But the fear of violence—of being murdered for who you are—never completely goes away.

It’s a common fear women have on dates, but amplified by society’s continued permissive violence against trans individuals. The Human Rights Campaign found that in the United States there were 27 violent deaths of trans people in 2017. About 84 percent of those victims were people of colour and 80 percent were female. Overall trans women and girls are four times more likely than cisgender women to be homicide victims.

Trans people are under no moral obligation to tell you they’re trans. If they do, they’re letting you in on a part of their lives. It doesn’t say anything about who they are or the parts they have. It only means they had their sex misidentified at birth. It may be a big part of their identity or no part at all. But trust me, most of the time it will be a nerve-rattling experience to tell someone.

So listen to your partner. Let them know they can trust you. Remember that they’re not a collection of sex parts or fantasy made flesh, but a person. Be a person too.