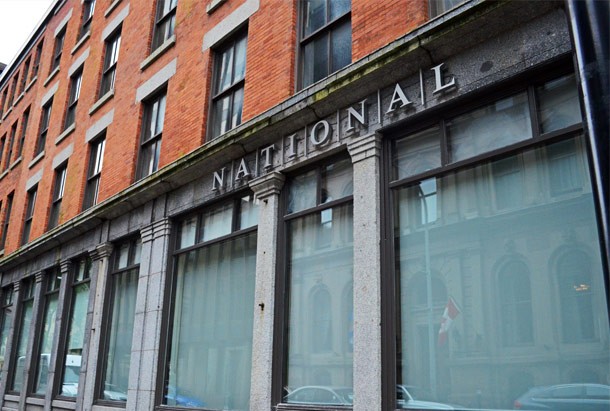 Dalhousie has hired National Public Relations to help deal with the PR disaster on their hands. A leaked email to the CBC says Dal’s been advised they’ll “be into this for at least a year” in dealing with the fallout from 13 dentistry students’ sexually violent Facebook group. The email also purportedly tells Dalhousie they’re doing a good job of scaling things so far.

I had heard about National being hired, and had plans to ask Dal’s communications people when they were retained, at what cost and what they’re being hired to accomplish. I was also curious if National was involved in drafting any of Dalhousie’s latest media statements or their culture of respect website. I’ve left several voicemails now, and a few emails that I’d be free whenever director of communications Brian Leadbetter (or anyone else) would be able to talk. As of right now, I haven’t heard anything back.

Meanwhile, the Anonymous account on Twitter that’s been threatening to release names has quoted an unnamed source (who they assure us is a former employee of Dalhousie) who claims Dal has systemically suppressed sexual harassment complaints. The messenger alleges administrators encourage victims to pursue informal resolutions over filing formal complaints.

We’re taking @opexpelmisogyny on their word that any of this is verifiable. But, it’s wouldn’t be unheard of for universities to prefer informal resolution over messier formal complaints. Even after last year’s rape chant, SMU’s sexual assault policy preferred an informal approach accommodating “the wishing and needs of both the victims and alleged perpetrators.” Wayne McKay himself found that bit particularly jarring and recommended changing it, but up until frosh last year the policy remained in effect.

A reminder as well, that the 2015 “gentlemen” did joke about dentistry faculty members (current and former) who were under investigation for sexual harassment. That post was months before a dentistry instructor screened footage of women in bikinis to “wake up” the male students in his class. Last time I spoke with Leadbetter he wasn’t personally aware of any sexual harassment complaints against dentistry faculty in the nine months he’s been on the job.

Elsewhere, a registered psychologist in Halifax once again questions the appropriateness of restorative justice. An open letter sent to The Coast by the Feminist Collective of McGill Law Students raises similar points.

“Restorative justice is a powerful tool which, when used properly, can achieve positive, transformative outcomes. However, when used improperly, it further entrenches negative power dynamics, trivializes wrongs, and causes greater trauma to victims. We believe that Dalhousie’s current approach to restorative justice in the context of the School of Dentistry scandal has the potential to do the latter.”

You can read the full letter, directed to Dalhousie’s own Feminist Legal Association, here.

Glen Canning tweeted the information, and CBC confirms with MSVU that a prof is under investigation. President Ramona Lumpkin sent a message to all Mount students this morning to inform them the matter is being taken seriously. Kydd will issue a statement at his lawyer's office this afternoon.

If you’d like to know more about sexual harassment and sexualized violence on Halifax campuses, there’s a free public panel tonight at the Central Library.

Dalhousie is expected to have an update on the formal complaint filed by four faculty members later this week, and should provide more information on the suspension of 13 dentistry students for their professional misconduct before dentistry classes begin on January 12. Monday will also see a Dalhousie senate meeting from 4-6pm, which is open to the public. That should be interesting.