Crash of the titan

The flaw in Jodie Foster’s career plan, says Tara Thorne, is her heroes find their victories in films that aren’t as good as she is. 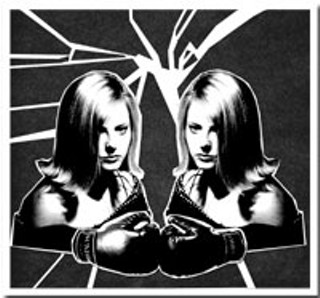 “My ego is too huge to not do something that has some impact on our culture,” said Jodie Foster in a 1997 interview, in which she also said, “I keep being in the same movie over and over again. Nobody realizes it but me.”

Eight years later, one notion has fed the other to profoundly disappointing effect. She doesn’t play characters, she plays the Jodie Foster Archetype: fierce, academic and autonomous. Her lifelong need to play heroes—as opposed to heroines—is respectable and no American actress does it better. In Flightplan, an airplane thriller that starts well and descends into brain-melting ridiculousness, Foster glares and (awesomely) punches her way through the movie. She starts shaken and broken and then steadily turns up the frantic until she’s practically vibrating with fear and anger as she searches for her missing child aboard a giant airliner she helped to design. It’s a terrific performance—notoriously, she doesn’t cry easily, and here she’s constantly at the breaking point, eyes full of tears that rarely spill over—but the movie doesn’t deserve it, never catching up with her or giving her a plausible payoff. (In a better film, the smoke-clearing climax would be iconic. In Flightplan, it’s a groaner.)

You can blame the director, Robert Schwentke, a German making his American studio debut. He could’ve resisted her pedigree and experience and toned her down, or tried to bring the whole movie—the cast includes Peter Sarsgaard and Sean Bean—up to meet her. But the bulk of it should fall on Foster, because she needs to re-examine her much-ballyhooed, over-admired priorities.

Part of the problem is in casting her in the first place. This is an actor afforded a well-earned amount of audience goodwill and someone not known for weakness. The possibility that her character is mentally unstable is unbelievable from minute one. But what is she doing there, at all? She hasn’t starred in a film for three years—and Panic Room has its moments, but impactful it is not—and she chooses this? Foster is an extraordinary performer, a perfect blend of technician and artist, and she’s an extraordinary movie star in that she’s only in our faces when she’s got a film to promote, and she doesn’t participate in publicity stunts to get there. But Flightplan deserves neither her talent nor her time. It’s worse than a bad movie—it’s average.

And she knows it. In recent interviews she talks of relating to the situation, that she can imagine how she would react if her children were missing, and then tacks on “but it also shot 10 minutes from my house.” She walks out of that plume of smoke in a slow-motion grimace, because she understands how hackneyed it is.

Why bother, then? She can’t need the money, she was pulling down $15 million a movie in the late ’90s. If she felt the need to brush up, she did it last year in A Very Long Engagement, the most relaxed and open she’s been onscreen in years. (Unsuccessful as a romantic lead in the past, her cameo boasts two sex scenes remarkable not just for their heat but their existence.) It must have been for the part, and Flightplan’s Kyle Pratt is a great one for an actor, with a whole bunch of grief and madness to play, but she’s in a movie that fails her.

What Foster, a star long championed for her work ethic and modesty, doesn’t seem to realize is that she is at her best when she plays with others. Her avenging loner, the one with purpose and independence, driven by her own sense of morality, of justice—she’s done it. Frequently. The Accused, Nell, Contact—got it. She should let it go, because doing the same thing every time, even if it’s the Jodie Foster Thing, is lazy and boring. And she’s too good to become Julia Roberts.

Look at the fun she has in the 1994 western Maverick, as compulsive liar Annabelle Bransford. The movie exists for Mel Gibson to charm his way out of tough spots so he can win a stupid poker game. But Foster is a blast as his foil, with her giant skirts, overdone accent and—bravely for someone so legendarily composed—tendency to fall down. She flashes some leg in a bawdy cameo as a burlesque house prostitute in Woody Allen’s Shadows and Fog. Her one-legged nun in coming-of-age story The Dangerous Lives of Altar Boys, drawn as a shrieking, Harley-riding skeleton in the film’s animated sections, is a complex villain who (in human form) really does fear for the boys she’s responsible for guiding. Her second film as a director, Home for the Holidays—pull it out for Thanksgiving—is a sprightly ensemble with Holly Hunter in a role Foster would’ve done well to cast herself in. Even Clarice Starling had Hannibal Lecter (Anthony Hopkins)—cold comfort, surely, but Foster hasn’t again faced such a worthy opponent.

Perhaps the failure of Nell scared her too much. Foster plays a child of rape raised with her twin sister in the secluded backwoods of North Carolina by their stroke-victim mother. (Her speech was impeded at the time of the girls’ birth, resulting in Nell’s garbled dialogue.) It’s a performance like none she’s ever given, and whether she succeeds or fails is subjective, but it’s clearly a risk. Nell talks funny, but isn’t mentally challenged. She lurches and sways unpredictably, but isn’t an addict. She’s reminiscent, but not actually of, the surefire Oscar-winning character group William Goldman classifies as “drunks and retards.” She’s an adult innocent, but a version not seen in contemporary cinema. With no true comparison for the performance, Nell tanked critically, shocking for someone who’d received nothing but accolades for five years.

“It was the most out there I’ve ever been—the most naked I could possibly be—and people thought I was just foolish,” Foster lamented to Premiere’s Sean Smith in a definitive 2003 interview. “A lot of the criticism was that I was Oscar pandering, that the performance was somehow dishonest. It was questioning my motives, and that just sent me to the sanitarium.”

She’s built a sanitized career since, playing characters who utilize her talents, but always in films with obvious outcomes. Like an action hero or—her worst nightmare—a romantic comedy queen, she always wins. You don’t go into a Jodie Foster film with any expectations of her dying, or losing what she’s fighting for, or otherwise not emerging victorious. This is someone who walks onscreen and instantly owns our trust and respect. She can take every chance she wants and the audience will be with her at the end, even if she fails. So why won’t she try?

Interrogating masculinity in The Art of Self-Defense