Local skaters are lacking shelter from the cold. 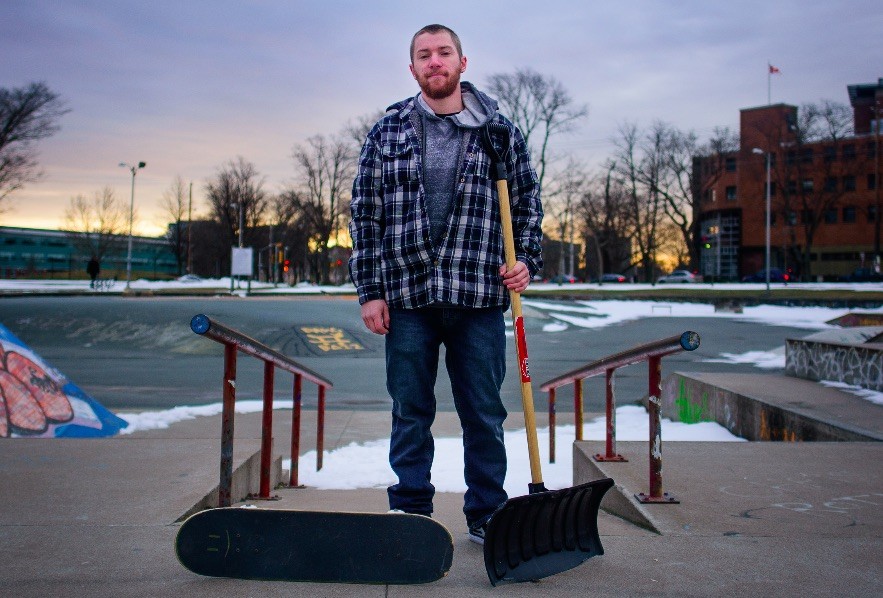 For a city that spends much of its year at the receiving end of the elements, there are a lot of skateboarders in Halifax. Skaters, bikers and scooters cling to the warm seasons, aware that the outdoor riding season is short in Nova Scotia.

A lifelong skater, Craig McNally is used to the uncertainty of outdoor parks in the Maritimes. That’s one reason he wants to build an indoor skatepark in Halifax by next January.

“The more I work on the project, I realize that it’s not just a skate park I’m building,” says McNally. “It’s more so about creating a community around the idea, rather than just opening a park and just placing it there.”

The closest places to currently skate are in New Brunswick and Prince Edward Island. The Scotia Skate World project is trying to raise funds for a local indoor skate facility, and McNally has spent the past few months gathering interest and finding potential partners to plan events with through the year.

McNally says he’s working to register Scotia Skate World as a non-profit by the summer. He also plans to launch a Scotia Skate team and host events at different parks around the peninsula.

“It’s all about finding as many ways as possible to include everyone,” he says. Mitzi Hynes recognizes the community-building potential among skaters. She formed the Metro Skateboard Association when her son started skating. The Association has been lobbying the HRM for indoor park space for the past couple years.

“As a mom, I don’t really want to have to drop my son off at an underground parking garage to skate,” Hynes says.

She envisions an indoor park that doubles as a youth centre—a place for skaters to convene and host events.

McNally hopes to develop a structured league, complete with practices and tournaments, similar to that of other sports. With an indoor park, hosting large-scale events becomes much more feasible.

“It just opens up so many doors in Nova Scotia,” says McNally. “Recreationally and professionally, we would be able to do so much more. Imagine if our only option for hockey was to play outside on lakes?”