Remaining candidates should discuss transit and the fate of downtown Dartmouth. 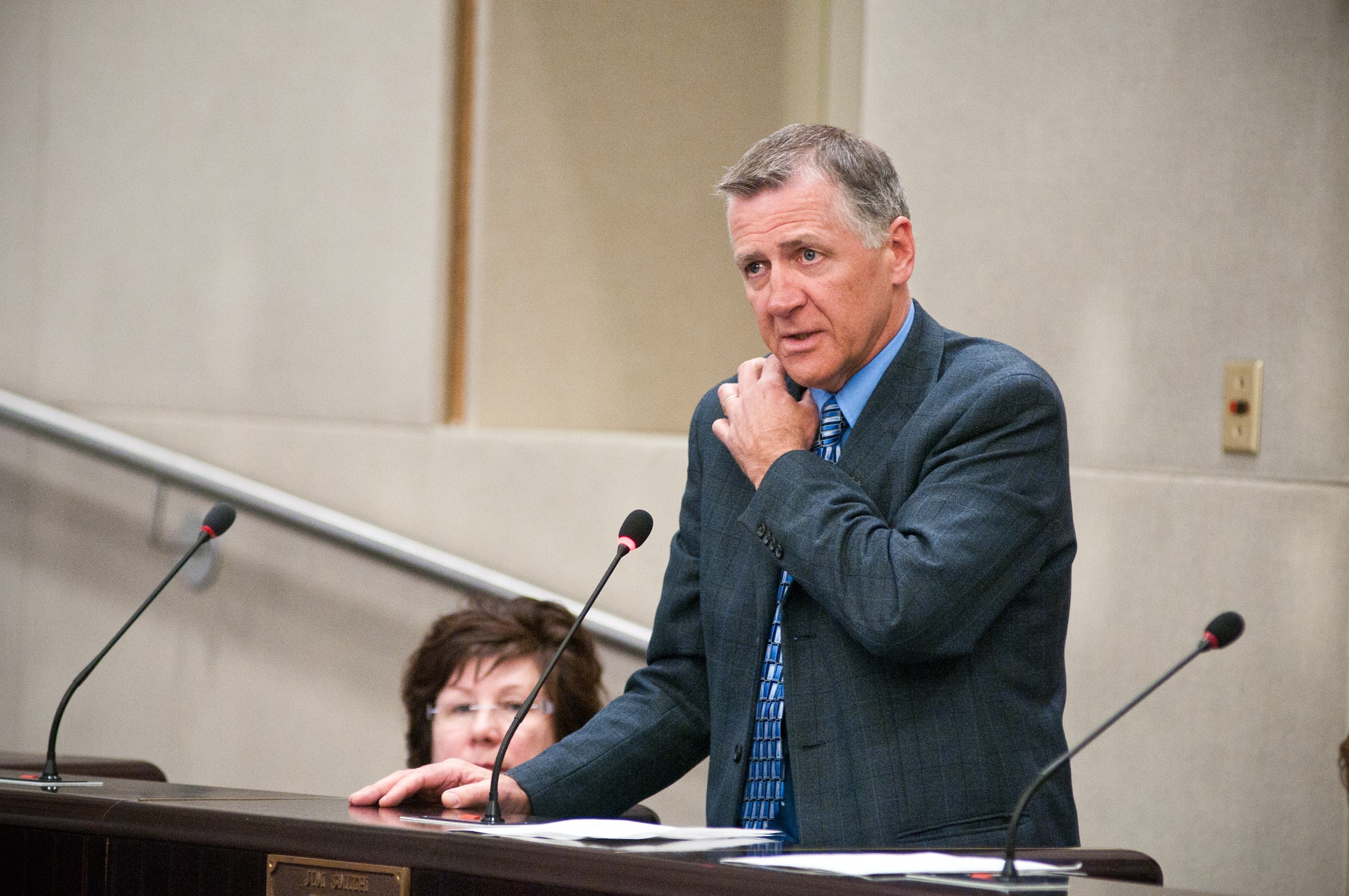 Smith currently represents the existing District 9, which stretches from the Burnside business park all the way south to Thistle Street, including the new Bridge Terminal. In the newly re-jigged council districts, however, Smith found himself with a difficult choice. Burnside is now in the new District 6, which basically wraps around central Dartmouth, outside the Circumferential Highway, excepting a small sliver of the one of the most impoverished neighbourhoods in HRM, north Dartmouth, north of Albro Lake Road. Were Smith to run in this district, his house wouldn't be in the district.

On the other hand, the most populous parts of the existing District 6, including Smith's house, have been pasted onto the new District 5—Dartmouth Centre. Were Smith to run in this district, he'd be facing long-time councillor and former Dartmouth mayor Gloria McCluskey. That's what he chose to do.

Lots of people looked onto the Dartmouth Centre race and thought the two sitting councillors, Smith and McCluskey, might split a significant portion of the vote, leaving room for other candidates to slip in between. And sure enough, five other candidates joined the fray: Sam Austin, Ken Bowman, Bryn Jones-Vaillancourt, Kate Watson and Bill Zebedee.

Smith had been actively campaigning, so Friday's announcement was something of a surprise. In an interview with the Chronicle-Herald, he cited unspecified personal reasons for his decision, and I don't see any reason to pry. Give the man his peace.

A former cab driver, Smith is a sort of ah-shucks nice guy. I don't believe he's capable of ill intent. He certainly wasn't party to any of the back-door wheeling and dealing that goes on in council chambers, which is refreshing, but neither has he been particularly effective at representing his constituents. I can't think of a policy initiative he's brought forward that has gone anywhere. Mostly, he seems to have been along for the ride. Still, when it came time for councillors to show some moral backbone, Smith was one of just three councillors to vote to censure mayor Peter Kelly for the concert scandal. It may have been his finest hour.

So what happens now? Gloria McCluskey is undoubtedly the big winner from Smith's disengagement from politics, and the other candidates are going to have to double down to distinguish themselves while combatting McCluskey's name recognition.

There are two primary issues facing the Dartmouth Centre district: transit and the fate of downtown.

On transit, central Dartmouth has one of the highest, if not the highest, ridership rates in HRM. It's very convenient for residents to go to downtown Halifax, with buses leaving the Bridge Terminal every 10 minutes during the weekday. Besides people walking or taking connecting buses to the terminal, lots of people from farther out drive their car to the neighbourhood of the Bridge Terminal, and then take the bus into Halifax, to avoid parking charges. There's also the ferry which, even with reduced late-night service, gets plenty of use.

McCluskey, I believe, is vulnerable on transit. She supported the Bridge Terminal and the late-night ferry service, but has otherwise been skeptical of the transit service generally, claiming that lots of buses pass her house with few or no passengers.

As an aside, I wish that the same criticism was aimed at cars. The vast majority of cars are extremely under-populated, with just one person in them, and then sit idle all day, transporting no one. It's true that you might catch a glimpse of a bus at a particular time and it has few people on it, but you have to consider first of all that the same bus was packed with 100 people during the morning rush hour (I challenge skeptics to simply sit at the Bridge Terminal at 6:45am and watch the buses coming in), and secondly, that over the course of the bus' route, even at slow times, it is transporting dozens of people who get on and off at different points. A single bus, even one with just one person on it while it passes McCluskey's house at 11am, is carrying hundreds, perhaps thousands of people during the course of a day.

I don't know exactly how Dartmouth Centre candidates challenging McCluskey can make a name for themselves on transit. It takes being intimately aware of the details of bus routing and scheduling, and a willingness to take big stands. (Hey, they're the candidates, I don't have to do all the work here.)

And there have been conflicts built into development approvals—bars on Portland Street can't offer live music, thanks to complaints from the newly built condos, but the Celtic Corner, just around the corner, can.

And sorry to rain on the parade, but I don't think the new King's Wharf project will do anything at all for the Portland Street business district. King's Wharf is across a busy, four-lane Alderney Boulevard, and the residents will have their own own businesses on site, which will no doubt be more high-end than the funky Portland Street businesses. And if they aren't shopping on-site, the King's Wharf residents will be driving elsewhere for their commerce needs, just like residents of Portland Estates or whatever.

I was talking with Downtown Dartmouth Business Commission director Tim Rissesco recently, and he essentially agreed with my analysis, but thought that King's Wharf might bring more people into the area on their way to King's Wharf, and so these people might suddenly become aware of the wonderfully inexpensive retail opportunities downtown. Seems like a stretch to me. Mostly, I think we just allowed a developer to fill in a gigantic water lot and erase the last industrialized part of the downtown waterfront in return for the hint of a dream that maybe a couple of the new residents will buy a croissant or two at TIBS.

On the other hand, the new developments proposed for what used to be called Pine Street, now called Irishtown Road, and still another at the corner of Victoria and Ochterloney Streets, might very well bring less upscale residents into the downtown area who will be more likely to shop at local businesses.

The problem is that Dartmouth Centre candidates are neither discussing the details of these proposals, nor stepping back and outlining a coherent vision for downtown as a whole. Yes, we want more people downtown, and that means more development, but are three buildings shoe-horned into an absurdly small space the way to go? Maybe. Maybe not. The candidates should be discussing that. (Even if there's nothing they can do about the Irishtown proposal, there will undoubtedly be many more coming forward.)

My personal concern is that downtown takes off in the wrong direction. There are already a lot of interesting things happening downtown, and I think it has the potential to be an Agricola-like shopping district, with a good solid arts scene. But, well, let me be blunt: I don't want a god damned Starbucks opening up.

I'd like to see the candidates discussing that: how should we shepherd the development of downtown so that it builds on the best of what's there now, with lots of locally owned shops doing interesting stuff, without it losing that soul and becoming just another inter-changeable retail hell?

Answer me that, candidates. 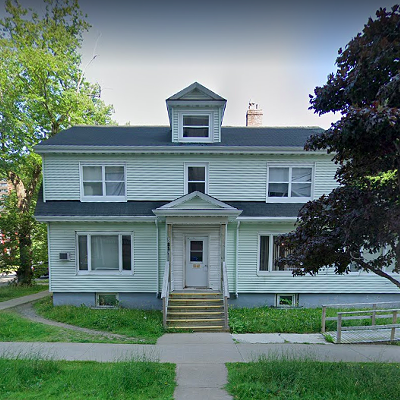 Here's what happened at council this week

The not-ready Centre Plan strikes back while moving forward