But only god knows if that means it'll ever arrive on our ocean shore. 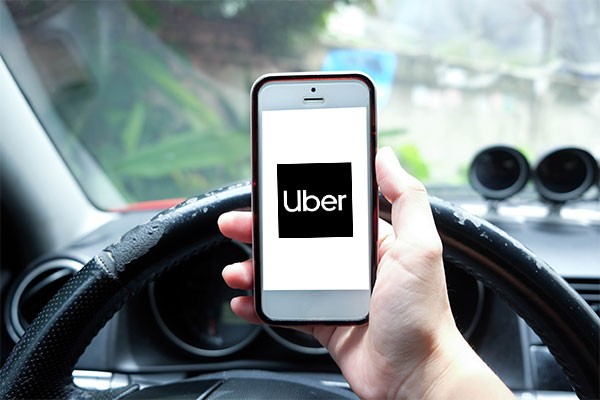 THE COAST
At Halifax Regional Council this week, HRM got one step closer to allowing Transportation Network Companies like Uber and Lyft to operate on the peninsula—but it'll still be a while before the rules are finalized. (And then there's the question of whether or not they're lax enough for Uber to invest in the market.)

A huge part of the debate all along on bringing Uber to Halifax has been safety. TNCs have had a bad track record of ensuring the safety of its passengers—and though they've made changes recently, their requirements pale in comparison to the rules Halifax has in place for its own roof-light licenced drivers.

Because of that, HRM's potential TNC bylaw has baked in more security checks for drivers, adding a vulnerable sector check and child abuse registry check to the standard criminal record check.

Uber lobbyists have met with councillors and say those extra checks act as a deterrent for drivers to sign up—which is the requirement for Uber to make money. But Hilary Hayes, HRM's supervisor of Licensing and ticketing information, says they've included it in the rules because HRM has no way to prevent unaccompanied minors from getting into cabs among other reasons.

The bylaw, as amended, would put almost the same requirements on TNC drivers as it does its own licenses taxi drivers—with HRM's licensed drivers having to take a language test (which has been suspended because of COVID-19). The main difference is HRM manages and oversees its licencees background checks and licensing, but the responsibility for TNC drivers would fall on the TNCs should they come set up shop in Halifax.

In a poll on The Coast's Instagram story 67 percent of respondents said they'd prefer safety first when it comes to TNCs versus more lax safety even if it meant Uber on the streets quicker.

The bylaw will come back for a second reading, but two components have been punted up to the provincial government—and whether or not the city will hear back on them before the second reading is unknown. The per-trip fee component hopes to tag a $0.20 fee on rides to see that money come back into the municipality to offset some of the negative impacts of Uber: fewer transit riders, more cars on the road, moving away from the goals of the Integrated Mobility Plan.

Councillors Shawn Cleary and Richard Zurawski took issue with this missing piece in the bylaw, worrying that passing it right now without a guarantee that the province will change its rules so the per-trip fee can be charged would ruin its chances of ever happening.

There's also the issue of the current Class 4 requirement for taxi drivers in Nova Scotia, and TNC companies wish for that to be lowered to a Class 5 (the one you likely have), which is now in the province's hands too.

Lots more happened at regional council this week, including a motion from Waye Mason about police which you can read about here. And catch the rest by reliving our live reporting of at the highlight on our Instagram profile, or watch this Youtube video of the whole thing below.