The final chapter in her Fringe trilogy cements the actor as a staple of Halifax theatre. 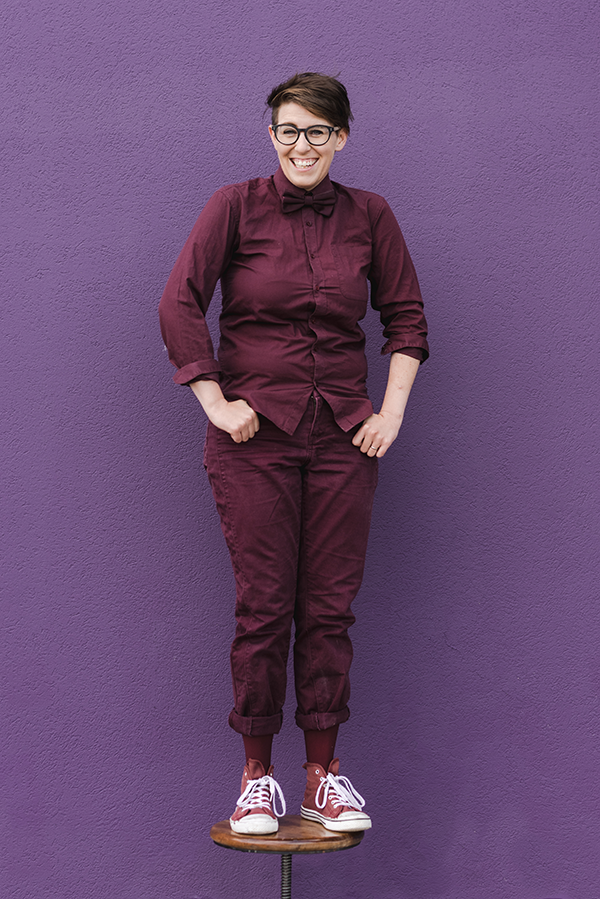 Colleen MacIsaac sidles into a Quinpool Road coffee shop, bowtie matching her combat boots in a perfect, non-navy-shade of dark blue. She sits down with an iced coffee and so much energy she hardly needs caffeine. It's eight hours until the opening night of her play, mercury, at Halifax Fringe. She's so elated nervousness doesn't even feel like an option.

The play "is about a person who's in this bunker, a scientific research communications station that's carved into the rock high on top of a mountain. It's about a person using that facility to try and get radio signals to hear if there's anything out there. So, it's a little play about routine and loneliness and a desperate search for communication," MacIsaac shares.

"The plays I make are about people searching for some kind of connection, or trying to communicate with each other. I've been thinking of this as the third in a series of mini-plays I've done for the Fringe: They're all these 15-to-20-minute pieces and they're all about communication and using various levels of science and pseudo-science to talk about it."

mercury is sci-fi-y, as MacIsaac's work often is (her 2018 play The Blazing World—showed at Neptune's Studio Theatre—saw a woman study climate change in the Rockies and be transported to another world). "I'm interested in science in art in a political way—I do a lot of works about climate change—but also science in art and how they intersect, with science as a metaphor and using that search for discovery as a tool to communicate something."

Since she arrived in Halifax in 2007, MacIsaac has been a regular in small-budget productions around town. She's also half of the brains behind The Villain's Theatre (her bestie Dan Bray is also at the company's helm). If grinding it out in the world of indie theatre is a tiresome holding of shoulder to the wheel, MacIssac's posture never slumps. Her appetite for creating in insatiable. It's impossible to imagine her tired.

"I love how ephemeral theatre is," she says, spine straightening and straw stirring. "But also, the more I think about what we place value or meaning on, a lot of it is around this idea of longevity—things that are permanent—when that's totally not what life is: Any idea of permanence is just an illusion because everything will always be changing. So, I love that theatre gets into the exact core or heart of that: It's something that's there for the moment and then it's gone but if you've been in the room and you've had that experience, it can be one that can change or transform or compel you."

Coffee drained, MacIsaac is off to rehearsals for mercury and Bray's noir-y mystery play M: The Berlin Murders, in which she has a supporting role. A full fest awaits her, but she is undoubtably ready. a