Colin Stetson's saxophone is bigger than yours 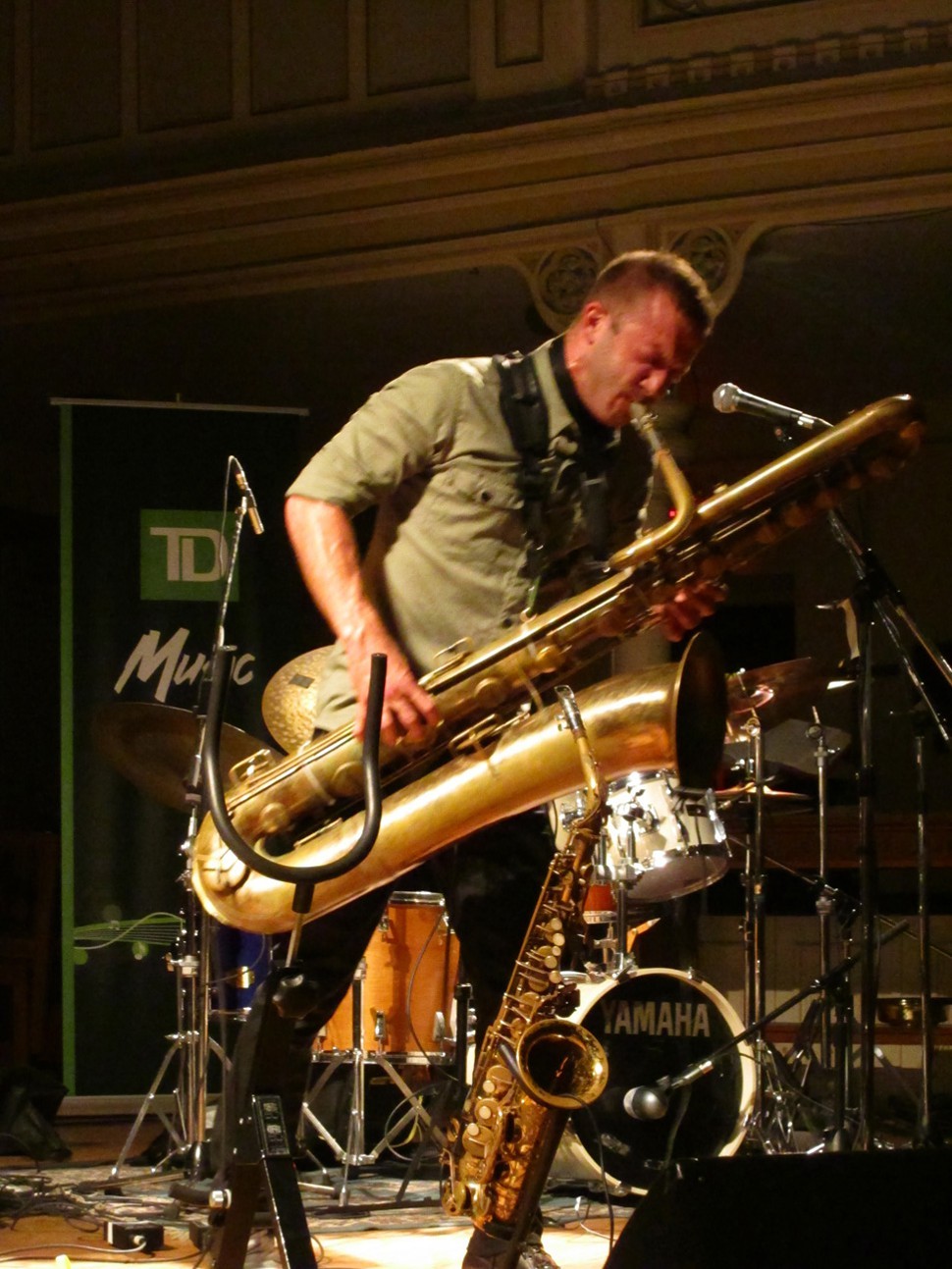 In the tidal wave of orchestral pop swamping the last decade or so, the musicians trained on brass, woodwinds and strings who fill out that sound often seem like no more than a footnote. Saxophonist Colin Stetson has played with Bell Orchestre, Arcade Fire, Bon Iver and Tom Waits, but playing solo, his own mastery of his instrument is clear. At his Saturday Jazz Fest performance, Stetson’s solo sax rang out through St. Matthew’s, permeating and hushing the crowd. There are no delay pedals, iPhone processing or computer synthesizers imitating tape loops here; Stetson’s sound is entirely acoustic, played on bass or alto sax. Taking his instrument to the extremes, it feels like he's evoking the original spirit of jazz. Stetson manages to carry separate parts in both registers at once, creating an amazingly layered and complex sound. Long ago, in a high school gym far away, I played first clarinet in the school band, and I can’t fathom how he manages it (you don’t have to take my word on that, though, he’s wowed much more impressive musicians). Stetson’s new album is about isolation, and he conjured up that world well, creating the lonely sound of an intense, cinematic moment all the way through, sometimes recalling electronics, sometimes baroque violin. Indie rockers and music professors alike sat drop-jawed through his set.

I missed the opening act of local drum legend Jerry Granelli and Jay Clayton, but I got a second chance in the encore, as Granelli stepped out to accompany Stetson. They’d been looking for an opportunity to play, Stetson said, and it didn’t disappoint, as the two masters of their own instruments took the stage together.