Queer, unisex designs are the priority all year long for Coeur Clothing 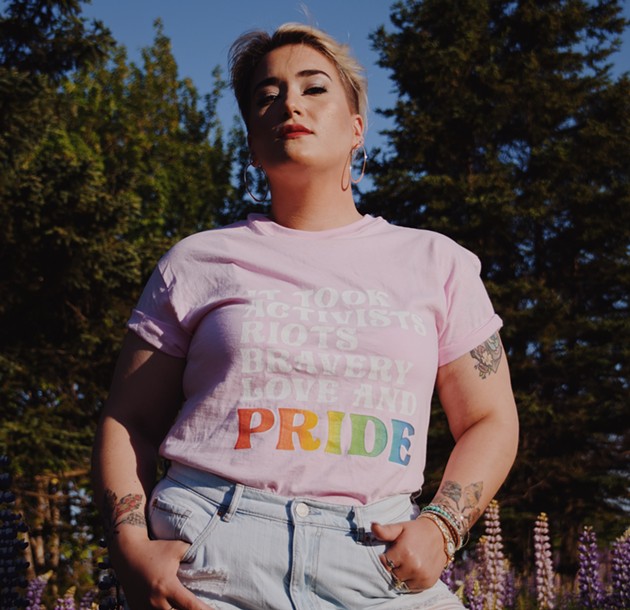 Anisa Francoeur
This year's Pride design references the Stonewall riots in NYC in 1969, which are thought to be the origins of today's Pride parades.
When Anisa Francoeur first started Coeur Clothing, it was based on a principle one of her professors told her during a short stint in NSCAD’s design program.

“I had a design teacher that always told me don’t create just to create, create for something. So I feel like it’s a big responsibility as a designer to always notice what you’re doing it for. If you want to make something, have a back for it,” she says.

With a graphic design degree from NSCC in her back pocket, Francoeur has always been a creator with an interest in fashion. “All through my life, I’ve been like an artist, painter and I’ve dabbled in Photoshop and whatever,” she says.

So the designer started Coeur Clothing in 2017 with the objective of giving back to groups she felt passionate about. Each design has a charity behind it, like Tree Canada, the Mental Health Foundation of Nova Scotia and WWF Canada.

But Francoeur also wanted to create clothing that appealed to people who might fall outside traditional gender norms. 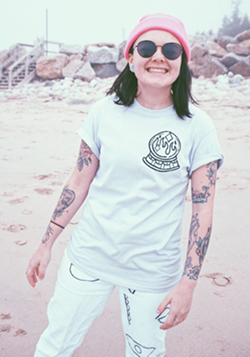 coeur clothing instagram
Francoeur designs all the shirts, bags and artwork herself.
“My involvement with the queer community and my design, I wanted to collab it, so I thought that I would create a platform, an inclusive platform to create clothing,” she says.

As a lesbian woman, Francoeur says she was fed up with the division of male and female in many traditional clothing stores. “You walk into a store and you either go left or right, women, men, children. There’s like three sections, and I felt uncomfortable because I want to go to both,” she says.

With new designs released each season, Coeur Clothing’s most recent Pride shirt references the Stonewall riots in New York City in 1969, and $5 from each shirt goes to The Youth Project in Halifax.

“We just went with wording and thought it would be good inclusivity for what’s going on with the Black Lives Matter movement and also queer, I think both are important. So we wanted to combine both and release something that would really be for everybody and that would be a statement for everything that’s going on right now,” says Francoeur.

coeur clothing instagram
An alternative vintage design shows queer bars from Halifax over the years, including the iconic Menz & Mollyz, which closed permanently in March.

In the coming months, Francoeur has plans to work with other local artists, including a collab with Fat Chance Vintage to print Coeur's designs on pre-loved clothing. Coeur is also currently doing pre-sales on a shirt designed by Emerson Roach from queer-focused Outlaw Tattoo.

“I really want to collab with some tattoo artists, because our designs are heavily tattoo influenced,” Francoeur says.

She also aspires to get the clothing into retail stores that support local businesses, like Trainyard General Store and Riot Pixie, both in Dartmouth. For now, the unisex clothing is available online and through Coeur Clothing’s Instagram page.

“You don’t see it in stores much. I just wanted it to be all year round,” she says. “Pride is really just the one month, and I think people should continue it all year.”