CMW: I rode the teacup too many times

Spin me right round

Lindsay Duncan
Two Rias are better than one

Canadian Music Week, like most multi-venue festivals, adheres to the same rules as Disney Land: don’t try to go on all the rides or you will throw up.

If I’d had my way, Saturday evening would have been filled with Ria Mae, Wintersleep, Soho Ghetto, The Sheepdogs, Rich Aucoin, Passion Pit, and a few turns on the Tilt-A-Whirl. While I wasn’t able to cram all that goodness into an evening, the acts I saw did not disappoint.

Delta and Music Nova Scotia's Tiki Stage at The Rivoli brought some of Nova Scotia’s best talent out to play. The last time I was at The Rivoli was to see Peter Elkas play, and in between sets he baked something for the crowd. Saturday night featured less baking but more music. Good trade-off.

6-9 p.m. was an invite only crowd, most likely packed with industry big wigs jonesing for a taste of Mo Kenney, Ben Caplan, Ria Mae, The Mountains & The Trees, and Mike O’Neill. I’m sad I’m not more important, or I’d be able to attend. Afterwards Ria Mae tells me it went well, which I hope is musician code for “Everybody ate lobster and got signed.”

After 9pm the venue became a free-for-all, and was quickly packed to the Christmas-light-adorned rafters. I’m too late (again) to see Molly Thomason, but based on the applause it was another solid show. 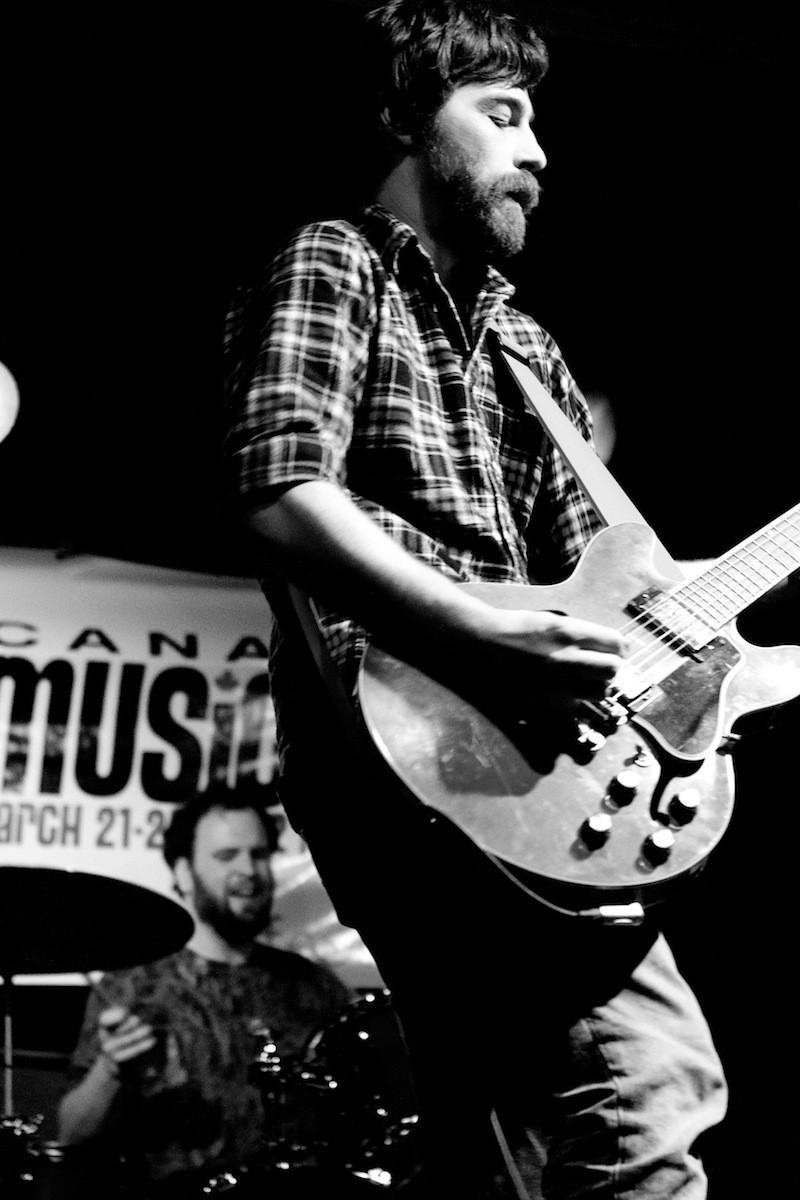 Lindsay Duncan
Oh, those Weighty Ghosts
Wintersleep took the stage around 10pm and didn’t disappoint; the packed room seemed equally as engaged with new material as they did old favorites. The band pulled out "Weighty Ghost" halfway through their set, much to the pleasure of a singing crowd.

Lindsay Duncan
Wintersleep’s Paul Murphy
The room thinned out a little before the final act, Soho Ghetto, took the stage. I too had to depart as I tried to haul ass down to The Royal York for the SIRIUSXM Indie Awards. Soho Ghetto has been gaining a growing fan base and industry acknowledgement at home in Halifax, and won their spot on the Tiki Stage through the Take It To The Tiki Competition, hosted by Music Nova Scotia. I’m still trying to figure out what they drove up to Toronto that could bring 7 people and their instruments, but while I do the math on that one let’s hope industry types took the time to check out this dance-folk ensemble.

All you Torontonians feel free to laugh at the following statement: After leaving the Rivoli I jumped in a cab to make a quick getaway to The Royal York. That’s right. I got in a cab. On Queen Street West. At 10:30pm on a Saturday. In the rain. EXPECTING TO GET SOMEWHERE FAST.

Oh, and the hockey game had just gotten out. I went nowhere.

After 40 minutes of my cab dodging inebriated blue and white revelers, I decided to cut my losses. I tossed the cabbie a 20 and hightailed it the remaining few blocks. When I heard the Indie Awards would play out at The Fairmont Royal York, I half expected to enter the lobby and find Rich Aucoin’s brilliantly colored parachute taking flight, the concierge manning the confetti canons while bellboys danced with abandon. While my lobby-dance-party fantasy didn’t materialize, the setup in the Canadian Room of the Royal York was sufficiently awesome.

Lindsay Duncan
Still smiling!
Rich had just exited the stage and I found him smiling, sweaty, on his knees back stage. The smiling was no doubt due to taking home the award for Emerging Artist of the Year. His position on the floor was most likely due to a pain in his side that had lead him to cancel an earlier in-store performance.

“Rich, that sounds like a hernia. Or a broken rib.”
“Yeah, it’s a little sore.”
“Are you going to the hospital?”
“Nope. Going dancing.”
Way to show them how it’s done, sir.

The final act to take the stage was Passion Pit, the 5-piece indie–dance outfit from Cambridge, Massachusetts. Lead singer Michael Angelakos declared, “We’re going to give you the best of Passion Pit!”

Lindsay Duncan
So much prancing
The man did not disappoint. Their performance was high-energy and note-perfect; I deeply appreciated the amount of prancing that took place on stage, as Michael made an effort to occupy as much space as he could while revving up the crowd. 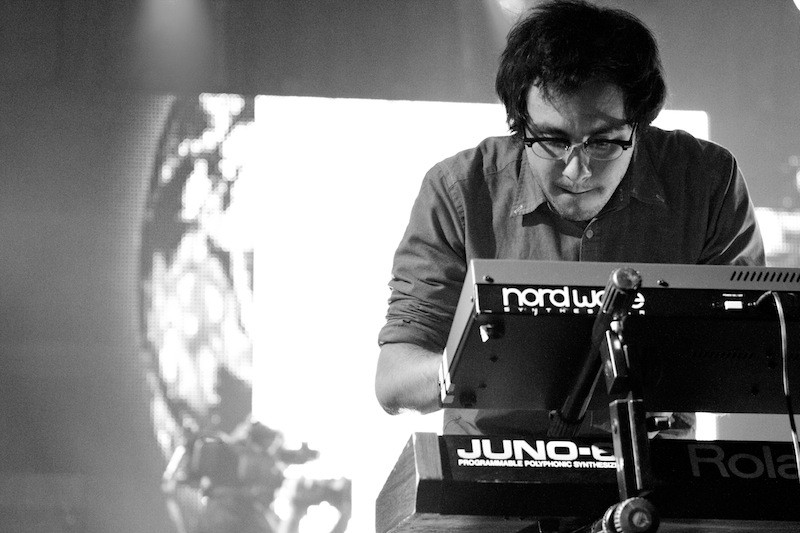 Lindsay Duncan
Passion Pit: an endearing band. Also an endearing term for drive-in movie theatres
The show was over too soon, and I was left wanting more. So was most of the city, and the place to take that excess energy was The Horseshoe Tavern for Two Hours Traffic, Wintersleep, and Poor Young Things. Despite the late hour and buzzing energy, Wintersleep seemed to hold the crowd quite well. Their second set of the evening was plagued with several technical difficulties, but the crowd stayed put as they overcame.

By the Poor Young Things took the stage the crowd had swelled, and I’d been relocated to the front room where listening took a backseat to conversations and congratulations. I finished the night with a theme-park-calibre veggie dog, and eavesdropped on a group on Jersey-Shore inspired dudes who could have done with wearing more shirt.