City embarrasses itself with Metallica fiasco

Without a leg to stand on, bureaucrats chase Harold MacKay, then back down. 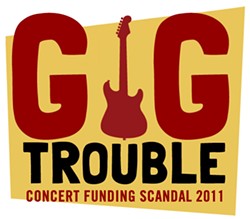 In a bizarre and inexplicable move, this past week the city of Halifax attempted to force the promotion company for the July 14 Metallica concert on Citadel Hill to pay the $359,550 bill for the Common concerts fiasco.

Kelly signed the contracts even though they violated city financial rules and the city charter, and even though they were not properly vetted by the city legal staff; after signing the contracts, Kelly did not deposit the contracts with the city clerk, as is required. Ferguson, for his part, had been explicitly warned by an auditor that loans from ticket sales brought unacceptable risk, but he OKed the loans anyway.

Under the terms of the contracts, the last two loans, for $200,000 each, were to be forgiven if certain ticket sale levels were not met. Those levels weren’t met, and so MacKay was under no obligation to pay the money back.

But that didn’t prevent the city from threatening MacKay’s wife’s company, MacKay Entertainment, which is producing the Metallica show, with a cut off of city services unless it paid the money lost through Kelly, Anstey and Ferguson’s bungling. Without city services, the Metallica show would have been cancelled.

The whole episode was a poor attempt at bluster on the city’s part, and most observers saw right through it. City council argued about the issue in secret for four hours Tuesday, then did nothing. But after MacKay called a press conference at his lawyer’s office for Tuesday evening, city CAO Richard Butts quickly backed down, announcing a “settlement." But the city will provide all services for Metallica and MacKay won't pay any of the money lost by the bureaucrats.