Municipality won’t say what it paid West Bedford Holdings for the properties near Hobson Lake. 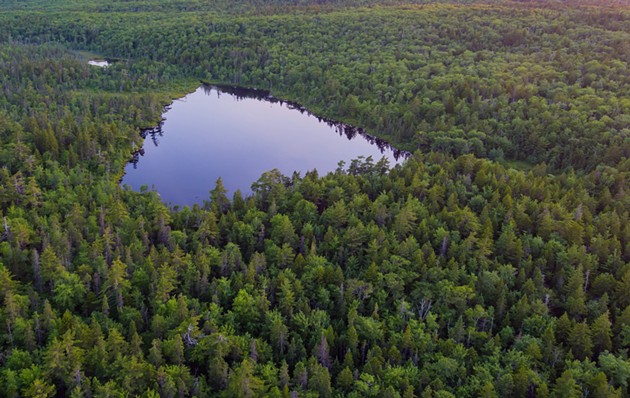 On Friday afternoon HRM announced it had purchased nearly 200 acres of property near Hobson Lake from West Bedford Holdings. It’s the first land acquisition by Halifax towards creating a new regional park around the Blue Mountain-Birch Cove Lakes Wilderness Area.

“It’s been a long wait to get to this point,” says Chris Miller, a conservation biologist with the Canadian Parks and Wilderness Society.

Acquiring private lands in the undeveloped wilderness behind the Bayers Lake Business Park and turning it into parklands has been a goal since the 2006 Regional Plan. It would take until 2016 before Regional Council actually committed to buying the property surrounding the province’s protected wilderness area.

A year and a half later, the first piece of property has finally been acquired.

VIA GOOGLE MAPS
HRM didn't provide a map of lands purchased, but based on the description it's somewhere abutting the provincial Wilderness Area (in green).
According to the city’s press release, the parcel of land in question forms the back of properties along Collins Road and runs next to provincial Crown lands already protected as a wilderness reserve.

“This is a really important part of the Wilderness Area,” says Miller. The land in question is a scenic area full of some of the area’s oldest and tallest trees, he adds.

“It’s a good land purchase, and at 80 hectares it’s also a fairly substantial land purchase, so this is a really important step for the protection of Blue Mountain-Birch Cove Lakes.”

In the press release, city spokesperson Erin DiCarlo says the property allow Halifax to finally create a trailhead entrance—including parking and other municipal services—to the provincial wilderness area. So no more sneaking behind Kent.

“The entrance will be achieved as part of the parkland dedication process as the company develops the next stages of its Bedford West community, which is anticipated in the next four to six years.” writes DiCarlo.

Council approved a purchase related to the Blue Mountain and Birch Cove Lakes Wilderness Park during an in-camera meeting last November but refused to release any specifics about the deal.

The price paid to West Bedford, whose president is former Halifax CAO Richard Butts, is still being kept confidential.

“We are not able to release the price at this time as we are negotiating with a number of other property owners for acquisition of further parkland,” writes DiCarlo in an email.

There remain roughly 768 acres of proposed parkland spread out amongst 14 private landowners in the area that the municipality is hoping to purchase.

The largest of those property owners, the Annapolis group, announced a year ago that it was suing HRM for $119 million. The development firm is arguing the municipality negotiated in bad faith and “effectively expropriated” its Blue Mountain lands back in 2016.

In other words, there's still a long way to go before the city fulfils its promise. But Miller says all the hard work ahead shouldn’t diminish from today’s announcement.

“There’s a lot more to do,” he says, “but I congratulate the city on this important achievement.”

Halifax staff will start consulting with the province and public regarding future use of the Hobson Lake lands and the overall Blue Mountain-Birch Cove Lakes Regional Park starting this spring.