The Halifax R&B artist releases a high-concept video series to coincide with EP. 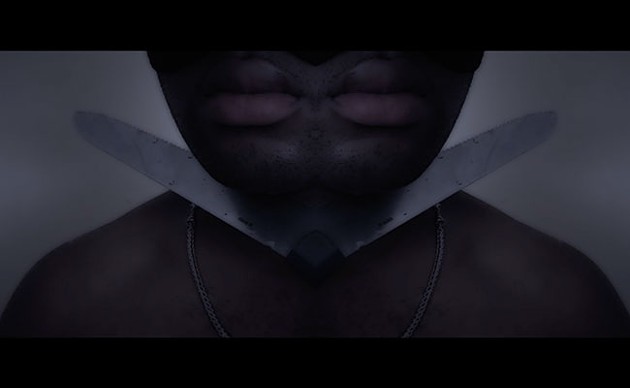 "For my records I like to have one-word titles, because that captures the motive or idea behind each record," says Chudi Harris-Eze, the man who heads the Halifax R&B outfit Chudi Harris. "For Canvas the idea was a blank slate, a desire for something new. That played off in how I translated the music into the movies. What I want people to do when they're watching or listening or sharing is paint the story themselves."

Harris-Eze, splitting his time between Halifax and Toronto and on the phone from the latter, has just dropped a series of music videos called Canvas that builds a narrative across five songs taken from three EPs: "Heard That Sound" (from Canvas), "The Realist I and II" (Absolution) and "Nobody Moves" and "Pathway" (from the just-dropped Pathway).

The videos are set in trippy clubs bathed in red light, woozy apartments and disorienting streetscapes, depicting relationships and crime. Harris-Eze won't offer a logline, preferring to leave the scenes' intent ambigious. "I want it to be an open book," he says. "I want people to see themselves reflected."

The series was directed by Keke Beats and Harris-Eze, whose thoughtful and well-produced R&B is what he wants the most attention for. Canvas is a piece of the Chudi Harris puzzle, one that needs the whole picture to work.

"Look at the biggest names in R&B and hip hop, they're personalities," Harris-Eze says. "I want the music to be the forefront, the idea and the motive be the forefront. It's still my name on the records, but it feels like more than just me. I have a full band. I'm writing the records but we're all putting in our sweat and our time. I want it to be a collective idea. I want it to transcend that traditional artist way."