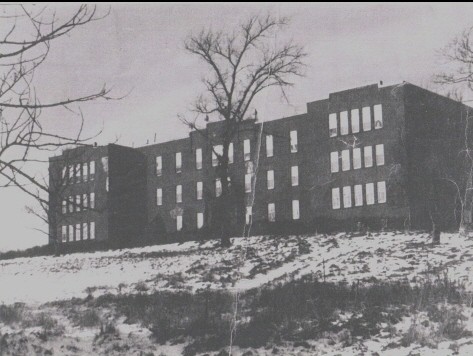 The purpose of the Shubenacadie Residential School was to “take the Indian out of the Indian.” That broad mandate reduced the school to an instrument of cultural genocide, which in turn gave opportunity for sadists employed by the school to rape, beat and even murder the children in their care. These crimes were well-documented by testimony given before the Truth and Reconciliation Commission meeting held in Halifax in 2011.

On top of those horrors comes a new revelation: In 1948 federal nutritional experts discovered that native children at Shubenacadie were severely malnourished. But rather than simply feed the children more and better food, the government employees used the children as human Guinea pigs for a nutritional study.

Ian Mosby, a post-doc at the University of Guelph who studies nutritional history, documents several such studies conducted on native people in a paper published last week. “Administering Colonial Science: Nutrition Research and Human Biomedical Experimentation in Aboriginal Communities and Residential Schools, 1942–1952” shows that government researchers first realized the potential for using native people as study objects when they came across severely hungry and malnourished aboriginal communities in northern Manitoba and the James Bay area. From there, Mosby shows how more systematic studies were conducted at six residential schools: Alberni in BC, St. Mary’s and Cecilia Jeffrey in Ontario, St. Paul’s and Blood in Alberta and Schubenacadie here in Nova Scotia. Mosby did not return a call for comment from The Coast.

The experiments at Shubenacadie were published in “A Long Term Study on Ascorbic Acid Supplementation,” a 1954 paper written by Department of National Health and Welfare researchers G.F. Ogilvie and L.B. Pett. The pair had documented Vitamin C deficiencies in the children, including gum disease, and then conducted a double-bling study: half the children received Vitamin C supplements, while the other half did not. The study continued over the next four years.

I obtained the "Long Term Study..." paper through the National Archives, but it's still under copyright so can't post it here. Mosby describes it accurately in his paper, but I found one additional thing curious. Under the "experimental" section, the authors explain that "The methods used in this study were similar to those used on previous nutritional surveys," and cite that third article, "Signs of Malnutrition in Canada," authored solely by Pett and which is on the internet, here.

In "Signs of Malnutrition," Pett seems to contradict the entire premise of the Shubenacadie study. "The pendulum is swinging away from the preoccupation with vitamins and returning to emphasis on sufficient (but not over-abundant) calories, on aminoacids, and on minerals—in short, to emphasis on the whole being and a balanced dietary," wrote Pett in the introduction. "Gone are the days when we could say that the presence of a particular vitamin in the diet prevents the corresponding deficiency disease, and conversely that the absence of the vitamin necessarily results in the development of that disease," he writes later in the paper. So why was he testing the effects of Vitamin C supplements only, on a population (the students at Shubenacadie) that were clearly hungry and malnourished?

There is in these papers various analyses of diets at Shubenacadie and discussion of the Canada Food Guide at the time. It would be a worthwhile project for a student to tease that information out and make some more definitive statements, I think.

Regardless, Mosby cites correspondence between the Shubenacadie researchers and officials at other schools, in which the researchers tried to make sure the children were not treated by doctors or that their diets weren’t improved. It’s likely the same “controls” were implemented at Shubenacadie. At no time did the students or their parents give consent to be part of the studies.

After four years of depriving all the children of proper medical care and nutrition, and half of them of Vitamin supplements, the researches found no significant results from their experiment.