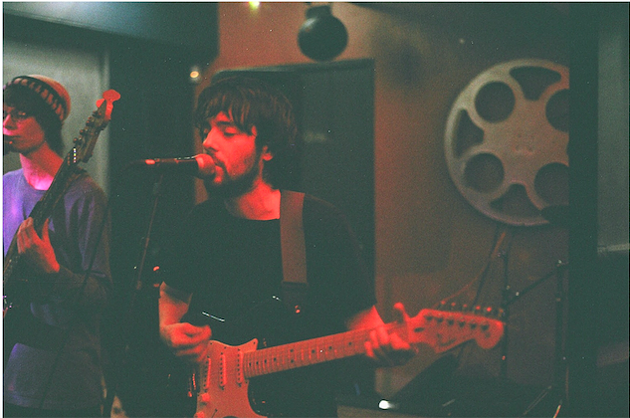 Kate Giffin
Shadow Folk (Justin McGrath) at Menz Bar
Not everyone around here knows that in the early 1960s, Denny Doherty was playing in bands in his hometown of Halifax before getting signed to Columbia Records. He soon met Cass Elliot and in 1965 Denny and Cass released "Go Where You Wanna Go," their first single as a folk-pop quartet with Michelle and John Phillips called The Mamas and The Papas. It was a short-lived affair, but they released a number of massive hits that are definitive of the era. Halifax was even mentioned in their 1966 version of "Dancing in the Street." Fast-forward forty years and that monumental legacy has rippled through Halifax music ever since. Take the opening line of "Nothing More to Say" by the Joel Plaskett Emergency: "All the leaves are gone, / I don't give a fuck, / Let the winter come on, I think I'll try my luck," a riff on the opening verse and chorus of "California Dreamin." In some ways, 1960s folk-pop is part of our heritage.

"What we are about is authentic rock and roll from the 1960s and 1970s," says McGrath. Honestly, he's nailing it. Take some time to get into this and keep an eye out for a Shadow Folk show.