How learning traditional Mi’kmaq beadwork helped an artist see the beauty in her own culture.

Charity Doucette, of Potlotek First Nation, combines the dazzle of trendy jewellery with the meaningful beauty of Indigenous beadwork to create show-stopping pieces that represent a restored pride in her heritage. "Know your worth—because that was the thing I struggled with," Doucette says, via FaceTime. "But, now I can see my worth."

In February, after years of selling to friends and family, Doucette created @beads_bychar, an Instagram account that showcases and sells her Mi'kmaq beadwork jewellery. In eight short months, the 20-year-old amassed over 1,000 followers. Her designs have been worn by Indigenous and non-Indigenous folk all over Canada and the US.

What sets her apart from her contemporaries is how she incorporates symbols of Mi'kmaq culture—like hand-harvested and braided sweetgrass, real moose antler and artificial sinew—in a way that reflects her personal expression of beauty.  Though her beads aren't locally made, they're bought from an Indigenous entrepreneur in Eskasoni. Doucette ensures every aspect of her creations are locally sourced and supportive of her community.

"I like to take from the earth because Native people protect the earth," she explains. "I put that touch into my work because that's what I find is important, and that's what our people look towards."

Doucette's eyes sparkle brighter than her shiniest jewels as she reveals handfuls of braided sweetgrass and thumb-sized gems. It's hard to imagine she was once embarrassed to call Potlotek home.

"I always had such an ugly concept of my culture," she says. "We were always centred out as the 'white kids.' We got bullied because we were 'white' and not as dark as other Natives." She learned to defend her mixed identity on and off reserve—especially at her predominantly white school.

"I never wanted to say I was from the reserve."

In 2008, Doucette's mother, Jeannie Marshall, took her kids to live at a hotel until Potlotek's habitually unsafe water was clean enough to boil and drink again.

"We don't even make our dogs drink our water," Doucette says.

One day, all Indigenous students from Potlotek were called into the school gym. Doucette remembers the humiliation as she and her peers were rounded up and told they were allowed showers at school if they brought their own soap.

"It was so embarrassing," Doucette says. She recalls shamefully explaining to classmates the reason for her absence. "They're really grossed out by you because you live somewhere where you can't even drink or do anything with your water."

Water conditions at Potlotek improved, but that didn't stop kids at school from targeting Doucette and her friend. "They were always on her back," she says. "'Oh, is the water making your skin that brown?' they would say. 'Shouldn't Charity be darkening up too?'"

These experiences, Charity says, soiled her Mi'kmaq pride. Then she was introduced to beadwork.

As a child, Doucette found comfort in drawing; a talent her mother recognized—and hoped to preserve—in her late grandfather, who was a chief. When Doucette was 13 years old, the Nova Scotia Mi'kmaw Summer Games were hosted at Potlotek. For her worried mother, the games meant boys from all over Mi'kma'ki would be eyeing her teenage daughter. Marshall called her close friend, Marcia Johnson, and asked her to teach her daughter how to bead. A hobby supposed to distract Doucette from boys soon became an obsession.

"When I started beading, I saw the beautiful things in my culture, my reserve and traditions, instead of looking at the bad things that happen," she says.

Today, Doucette is more proud of her heritage than ever before. The young entrepreneur is currently studying hairdressing at Elevate Beauty Institute of Cosmetology in New Minas, and dreams of opening her own full-service, Indigenous owned-and-operated salon.

"I want to be able to have a safe place for people to go," she says.

Doucette hopes her beadwork inspires other Indigenous women to find pride in their traditions and pursue them.

"Traditions that we've always held onto are still beautiful," she says, "even though our living conditions aren't." 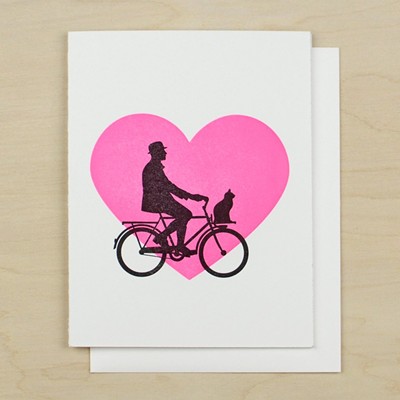 Wrapper of the year