The Centre for Art Tapes’ annual scholarship exhibition turns 30 with one of its coolest programs yet. 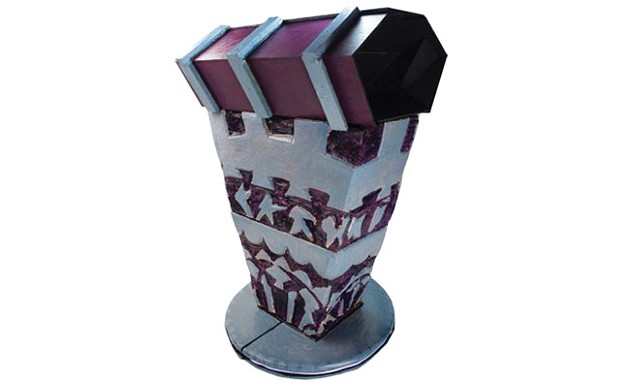 The Centre for Art Tapes hits the big four-oh this year, and one of its flagship events, the media arts scholarship, is not far behind. Video, audio, projection, virtual reality, holograms, you name it—"If you can call it media art, you can do it in the scholarship program" says Tori Fleming, CFAT's programming director. The accompanying exhibition, celebrating 30 years, opens tonight.

Since 1988, CFAT has been pairing mentors with artists working outside of their disciplines for six-month terms resulting in new media works. It began as a video program, which meant the scholarship event was a screening for many years. This is the second year—partly owing to the expansion of "media" as a medium, extending well beyond video now—the scholarship works are being presented in a gallery setting at the CFAT audiences. Called Hyper > Media > Paradise, it features six participants: Kate Grey, Ian

"A lot of the people who take it are actually artists, but come from different backgrounds," notes Fleming. Examples from this round: Jack is a theatre-maker (her piece combines video and stop-motion animation); Grey is a ceramicist (she's built a ceramic city with projection-mapped images on each individual building), Funke-McKay is a painter (he's simulated a hologram). "The work tends to be a lot more installation-based," says Fleming. "There is one [piece] this year that you sit down and watch start to finish and there's a narrative. But that's not really what people are applying with anymore—it's using digital media to make fine arts work."

Alums include visual artists like Eleanor King, William Robinson and Peter Dykhuis, and filmmakers Andrea Dorfman, Thom Fitzgerald and Ariel Nasr, who was nominated for an Academy Award in 2013. "One of the most important things about the bigger names," says Fleming, is the program marks "the first time everybody has done the work, but each artist continues to work in that medium, and makes it part of their practice. That's a testament to how strong the program is."

The swiftness of technology in both development and consumer availability has posed a consistent challenge for the Centre, which began as a video-dominated organization but has adapted as needed. "It's gonna constantly be an evolving program, because CFAT is constantly having to evolve," says Fleming. "We try to make sure the gear you would need to make media art is available at a reasonable price. And even that in itself is a task. When you think of things you need to create media, it's constantly changing."

That means the applications themselves have changed considerably in recent years, too. "It is exciting because it means that every single year we don't know what's going to be thrown our way," she says. "I would've never put on the application form 'work in holograms,' and here we are."

Must-watch music video: A deer in the spotlight