By The Nova Scotia Talent Trust 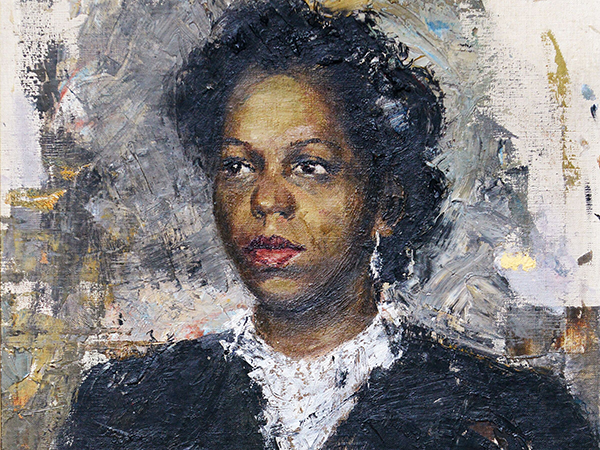 Internationally recognized in her day, now revered as part of Canadian heritage, Portia White's legacy is infused with many meanings. For the Nova Scotia Talent Trust, which is celebrating 75 years of supporting aspiring artists of all disciplines, Portia White represents its catalyst.

In 1944, members of the Halifax Ladies Club, along with voice teacher Ernesto Vinci, successfully advocated to the city of Halifax and the province of Nova Scotia for unprecedented financial support towards White's studies in New York. White ascended to become one of the best singers of the 20th century.

This week, we mark the 75th anniversary of White's breakthrough concert on March 13, 1944. That day she became the first Canadian ever to perform at the New York Town Hall. This extraordinary triumph affirms not only her undeniable talent, but her tenacity as a single Black woman in her 30s singing classical concert music during the Jim Crow era.

Considering the times and conditions of her short yet powerful career, the impact of Portia White's wide acclaim resonated beyond Canada—in particular with the African diaspora in North and South America as well as the Caribbean, where she toured. White sang the European classics, but her renditions of Negro spirituals captured the attention of audiences and critics. Her belief in equality was obvious in her ever-dignified poise. It is no wonder that the African Nova Scotia Music Association and the province have joined the Nova Scotia Talent Trust in designating an award and a prize in her honour.

Since 1985, many deserving vocalists have been awarded the Talent Trust's Portia White Award. For the 2016 winner Shanice Skinner, being a female African Nova Scotia operatic singer herself, White's legacy means making the impossible possible. Halifax-born and New Glasgow-raised, Skinner is fully aware of the long and hard road ahead of her. In preparation, Skinner, like White, is focusing on her own musical development: Last year she performed at the Halifax Summer Opera Festival in the role of Zerlina in Don Giovanni, represented Nova Scotia in the voice competition at the National Music Festival and is now preparing for a solo recital at the New Generation Festival Summer School in Florence, Italy.

For filmmaker Sylvia Hamilton, who wrote and directed the White documentary Think on Me, and White's niece Sheila, who'stouring an exhibit of rare memorabilia stopping in Truro this spring, her legacy carries additional meanings. To those who were lucky enough to hear her sing live, to work by her side, to know her as teacher, a sister and a friend, her legacy means that much more.