Celebrate a winning weekend with these Sure Things

Have simply the best weekend with Sure Things like the Best of Halifax Ball, Rebecca Thomas's symphony debut, a tribute to icon Portia White and more. 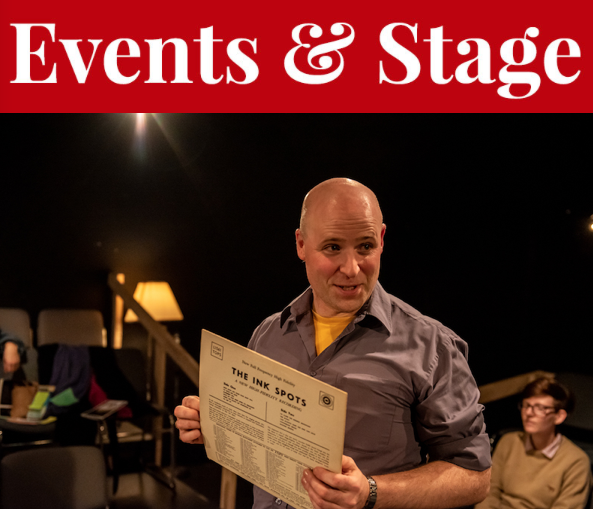 Stoo Metz photo
2019 Fringe Fest favourite Kick At The Dark Theatre Co-op returns with a play that's equal parts stand-up comedy and storytelling.
Romeo & Juliet: a drink-along
Thursday, Friday, Saturday, Sunday
A quartet of performers work through the ultimate boy-meets-girl play, all while imbibing. "Will they drink themselves into an oblivion before the fated lovers‘ tragic end? You’ll have to buy a ticket to find out!" event organizers add. Featuring sweet dance moves, hand-stitched ruffled collars, many a beer and equal parts kissing and fighting scenes, it ain't the bard's ballad—except that it sort of is. It all goes down at Good Robot Brewing. more deets

Every Brilliant Thing
Thursday, Friday, Saturday, Sunday
Ice cream, the colour yellow, people falling over: These are the sorts of little things a child begins listing for his mother as her battle with depression continues. As time passes, the list grows—and becomes a record of life’s small joys. Billed as part stand-up and part story telling, this play by Kick At The Dark Theatre Co-op shows at The Bus Stop Theatre. more deets

The Best of Halifax Ball
Friday
The best of the best, as voted by you in our annual readers' choice survey, celebrate their excellence at this swank party at the Delta Halifax Hotel. Come bask in the awesomeness. more deets

Suddenly It Is As Though Nothing Had Happened
Thursday, Friday, Saturday, Sunday
Studio 21 itself sums up its latest showcase, saying: "Figurative painter Brian Burke was one of the most extraordinary artists to have come out of PEI. He was a genius at capturing psychological states of being through minimal means. Studio 21 director Deborah Carver recently visited Burke’s home in Murray Harbour, PEI, to select works for this exhibition." more deets

This Does Not Authorize Re-Entry
Thursday, Friday, Saturday, Sunday
The latest showcase by Jenny Yujia Shi coincides with the approval of her permanent resident status—a process that’s shaped her life and work for a decade as she’s chronicled the newcomer experience through her art. “I take this opportunity to explore and reflect upon the process of navigating through the Canadian immigration system—a self-hood pieced together with numbers, abbreviated codes and a passport,” her artist’s statement adds. Celebrate the closing of a chapter with the artist at The Craig Gallery. more deets

cecilaconcerts.ca screenshot
Soprano Harolyn Blackwell pays tribute to Portia White with a note-for-note redux of White's famed Town Hall concert.
Rebecca Thomas w/Symphony Nova Scotia
Thursday
Former poet laureate and recently published author Rebecca Thomas—whose verse we once described “as melodic and witty as it is damning”—proves there’s nothing she can’t do as she teams up with Symphony Nova Scotia to deliver a challenging, captivating new work. more deets

Bryan McPherson
Friday
The sonic son of Bob Dylan and Bruce Springsteen, raised in the rough-and-tumble of Dorchester, Boston, Bryan McPherson is what happens when an Americana-tinged sound gets sieved through a punk attitude: Working-class songs that make your head nod, feet tap and middle fingers fly up. Catch it at Gus' Pub. more deets

Paper Beat Scissors
Thursday
If you’re not familiar with Tim Crabtree’s project Paper Beat Scissors, get with it—because all your favourite artists are: Crabtree has worked with the likes of Arcade Fire's Jeremy Gara and sad-rock sultan Michael Feuerstack. Now, the honest songs and haunting vocals of PBS return to Crabtree’s old Halifax stomping grounds (the band sprouted here before setting up in Montreal). more deets