CBC wrong about Nova Scotia having "highest taxes in Canada" 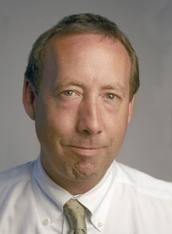 CBC anchor Tom Murphy peered sternly into the camera during the six o’clock TV news on Tuesday to deliver the day’s top story: “Confirmation tonight of what many Nova Scotians have long suspected,” Murphy said with a knowing shake of his head. “We pay more in taxes than anywhere else in the country.”

“And that’s not the opinion of some anti-tax group. It comes right from the government in a report from the finance department," chimed in co-anchor Amy Smith.

She then introduced reporter Paul Withers who told viewers the government report on taxes had been “hiding in plain sight since April when it was put on a Nova Scotia Finance Department website with zero fanfare.” As Withers talked about the 129-page report, the words “Highest Taxes in Canada” appeared on the screen. To hammer the point home, he declared: “The Canadian Taxpayers Federation is talking about another big finding in this report, namely that Nova Scotians pay the highest level of taxation anywhere in Canada.”

A multi-coloured bar graph filled the screen as Withers added, “The report shows when federal, provincial and local taxes are added up, Nova Scotians pay the highest share of GDP in Canada, just ahead of PEI.” He apparently meant that Nova Scotians pay the highest taxes as a proportion of provincial Gross Domestic Product, a standard measure of the total size of an economy. Withers then brought on Kevin Lacey, Atlantic Canada director of the Canadian Taxpayers Federation.

“Finally, the government itself is informing taxpayers,” Lacey said, “that they are being taxed higher than anywhere else in Canada. And I think it leads to calls for beginning to reduce these taxes so that we can make this province more competitive.”

Murphy, Smith, Withers and Lacey (a former aide to Stephen Harper) all seemed dead sure of their claims, but a close look at the provincial tax report shows all four were spouting a half-truth plucked out of context. They were also ignoring other parts of a massive, highly technical report.