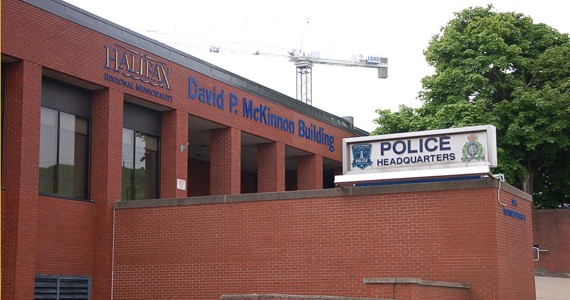 A reporter requested access to disciplinary documents, and the police refused.

An investigative reporter for CBC Nova Scotia, Shaina Luck, is taking the Halifax Regional Police to court to appeal a decision that denied her access to information request—something any member of the public can do under the Freedom of Information and Protection of Privacy Act. HRP refused the request entirely, so now the public broadcaster is involving the Nova Scotia Supreme Court.

The documents Luck requested were all of the decisions (Form 11s) submitted to the Office of the Police Complaints Commissioner by HRP’s delegated disciplinary authority from 2010 to 2021. The decisions outline what punishment, if any, an officer received as the result of a complaint by a civilian. These decisions are not made public unless they’re appealed and go to the Police Review Board, like in the case of constable Nicole Green, who received eight hours of docked pay and mandatory de-escalation training after tasing an unarmed Black man on Quinpool Road in 2019.

According to the Police Complaints Commissioner's 2021 annual report, the HRP received 78 complaints from the public in 2021, and these Form 11s would tell us what happened to them. We’d find out if other cops received slaps on the wrist for violating the police act. The report says out of 157 public complaints filed against municipal police forces across the province, only two were found to be substantiated. The rest are unsubstantiated, resolved informally, withdrawn, still under investigation, abandoned, or “other.” There aren’t numbers provided for the HRP specifically. In short, the CBC is on to something, and the HRP doesn’t like it.

The HRP refused to hand over the documents for the following reasons, as written by FOIPOP coordinator Greg Robertson in an email to the CBC on July 3.

The CBC, the appellants in this case, argue the HRP shouldn’t have denied access for the following reasons, as written in the notice filed to the Supreme Court on August 8.

“The appellants say that the court should allow the appeal and order that the Halifax Regional Police provide the appellants with access to all Form 11 decisions between 2010 — 2021, with any redactions deemed necessary by this Honourable Court,” reads the court document.

Shaina Luck and the HRP will appear in court on October 24 to set a date for the appeal’s hearing. The HRP has not yet responded to a request for comment.