Catch of the day

Community supported fishing launches in Nova Scotia with Off the Hook: “You’re buying into more than just the fish product.” 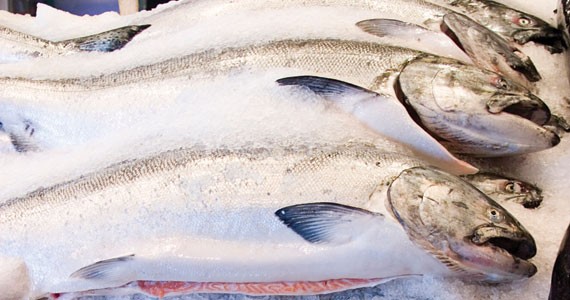 Off the hook, into your mouth. Fresh fish from local waters.

Last year saw the beginning of a new opportunity for people who want to support sustainable and small-scale fishing in Nova Scotia: Off the Hook, Atlantic Canada’s first community supported fishery. On June 26, 2010 fishers and interested seafood lovers enjoyed a barbecue on the Halifax Waterfront, giving a chance for the consumer and the supplier to meet face-to-face. It may sound novel, but it was an opportunity to reignite a cultural relationship that’s been here for as long as people have lived on these waters. And the meeting didn’t happen by accident.

It came about through a long relationship between the Ecology Action Centre and the Fundy Fixed Gear Council, an association of small-scale fishers working in the Bay of Fundy.

The EAC Marine Issues Committee formed in the early ’90s as a response to the ground-fish collapse, and relationships were established with fishing communities on Nova Scotia’s coasts. Sadie Beaton, the EAC’s community supported fishery coordinator, says it was through these relationships she and other Marine Issue Committee members heard the frustration from the small-scale fishers about low prices, lack of marketing choice, as well as seafood industry consolidation.

“They have high-quality, individually handled seafood products,” Beaton says. “They were failing to get a premium in the marketplace.” The classic example is the individual, hand-line or hook-and-line fishing versus the larger, more industrial dragger-caught equivalent.

This was mirrored by consumer awareness and interest in buying fish caught by more sustainable means and fish that was as fresh as absolutely possible. This led to the Committee writing a report in 2009 on Seafood Direct Marketing, borrowing from community supported agriculture models, as well as the example of pioneering CSFs in the New England States, pioneers of the CSF model. Funding came in and the co-op was formed in June, 2010.

The summer’s inaugural eight-week season provided select Haligonians a wealth of fresh fish, mostly haddock but also hake, pollock and cod. Ninety-nine customers signed up for a weekly subscription service of $260 for five pounds a week, which amounted to $6.25 to $6.50 per pound of fish every week---along with filleting lessons and recipes--- fish that 24 hours before had been swimming in the Fundy tides. That range may seem a bit high to consumers used to Superstore prices. “It’s hard to compare the price, because there’s nothing comparable in the regular market,” says Beaton, considering even the filleted fish available at the Farmers’ Market. “Because it’s whole fish, it stays fresher. If you’re a subscriber to a community supported fishery, you’re buying into more than just the fish product.”

Beaton says they did a survey of customers following the first season, and found most were satisfied with the prices, especially those who were willing to do the extra work and use the other parts of the fish, the head and leftovers, for instance, in soups.

Plans are afoot to get Off the Hook up and running again this summer.

“We don’t know how it’s going to look yet,” says Beaton when we spoke to her in January. “We will be at least be offering the similar whole, fresh groundfish and we may be able to offer different programs as well. It’s likely we’ll also be looking to expand the number of subscribers.”