The money is a big deal, but the Starfish Student Art Awards also boost confidence and careers. 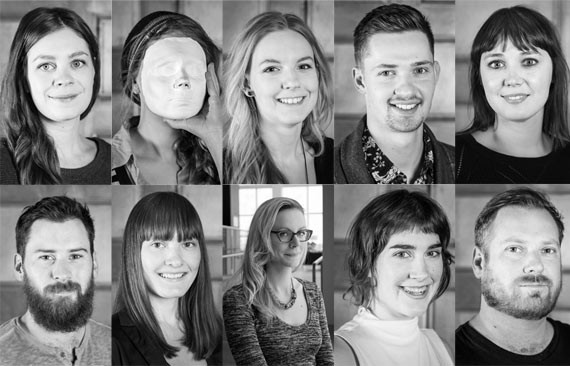 For the past six years, the Starfish Student Art Awards have honoured the best in contemporary art made by current NSCAD students, from textile to sculpture, fine art to film. And tonight, Thursday, at NSCAD's Port Campus, the seventh annual awards will once again recognize an eclectic slate. There are 10 nominees, nine of whom will each win a $1,000 award, while a grand prize winner receives a "purchase prize" of $5,000 for their work to be acquired by NSCAD's permanent collection.

The $1,000 awards prove that being nominated is a real victory. But make no mistake, winning the main Starfish prize puts a young artist squarely on the road to success.

"Starfish was significant," says Raghed (Ray) Charabaty, whose short film Alia, an artistic rendering of events leading up to the Lebanese civil war, took the top prize last year. Among the Starfish nominees, Alia was recognized for its experimental cinematography, its conceptual cohesion and its rendering of Lebanese identity, distinguishing the film in the field of student work.

"The ceremony itself was very rewarding, just attending, and the feeling of acknowledgement from the greater arts community was really influential in how I view myself as an artist, and the scale on which even student work can be received," Charabaty says. "Actually winning the award, I was overwhelmed."

The high visibility of the award in Nova Scotia's arts scene launched an exceptional year for Charabaty's film, which is exceptional, as well. "After the Starfish, the media picked it up and the film got into several important festivals," he says.

"The exposure got people to know my work, and the best part is when people ask for more, and what's next. People are interested in the arts community, and as an audience," says Charabaty. What's next for him is another short, Deema, which speaks to the failed Arab Spring and will be screened at NSCAD's film night on April 27. He recognizes that the Starfish Award noticing his skill made this possible, he says. "It gave me a huge confidence boost and supported me financially."