Part of the sixth annual OUTeast Film Festival, The Fabulous Allan Carr shows a poignant side to Hollywood’s glitz. 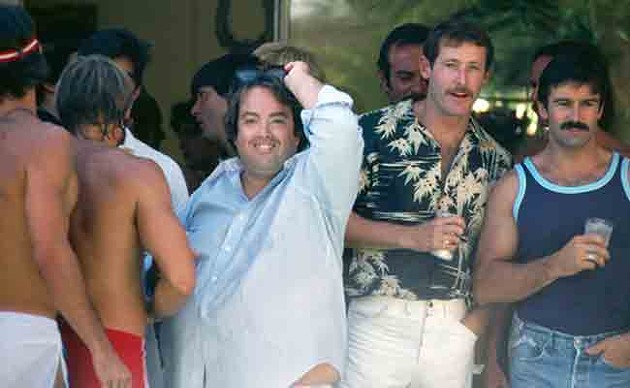 Producers make Hollywood run—they get the money, the industry accolades and to make the speech for Best Picture—but it's rare their names are known. Outside of Harvey Weinstein and Scott Rudin, the average filmgoer couldn't put a producer's name to any face. Add Allan Carr to that tiny list.

"You mention them because they're very flamboyant, they're showmen, their names mean something," says Jeffrey Schwarz, director of the new documentary The Fabulous Allan Carr, screening as part of OUTeast on Saturday. "Allan Carr was inspired by a genius salesman and a marketer and a promoter—he modelled his career after Mike Todd." Todd was a theatre and film impresario, best known for Around the World in 80 Days and as one of Elizabeth Taylor's husbands.

Carr grew up in Chicago an only child, gay, gunning for Hollywood. He hit it big with the film version of Grease—a fun Fabulous fact: The wrestling scene was put in to please him—then hit the skids with Can't Stop the Music, starring the Village People, followed by Grease 2. He turned back to his first love, the theatre, developing La Cage Aux Folles into a Tony-winning Broadway musical, then produced what is considered the worst Oscars of all time in 1989 (the one where Rob Lowe sang to Snow White). He died in 1999.

Though he was outsized and outlandish, Carr was quietly gay. "All through the 70s it was pretty clear what was going on with him, but he never talked about it," says Schwarz from his office in Los Angeles. "Even when he was being interviewed by The Advocate, the gay magazine. Hollywood is ultimately a very conservative place."

The Fabulous Allan Carr is the latest in Schwarz's collection of wildly entertaining yet poignant documentaries about complicated and well-known gay men, including activist Vito Russo, John Waters star Harris Glen Milstead (AKA Divine) and 50s icon Tab Hunter. Through interviews with childhood friends—"who knew Allan's real heart"—and personalities like Bruce Vilanch, Brett Ratner and Lorna Luft, plus animation and a small but bountiful trove of Carr interviews, Schwarz has created a tough, fair biography of a difficult man who just wanted everything to be glamourous.

"He was always craving respect from his peers—if you make a lot of money, you'll be instantly respected," says Schwarz. "For a little while, he thought he had the magic touch. He never gave up—I think that's really inspiring."