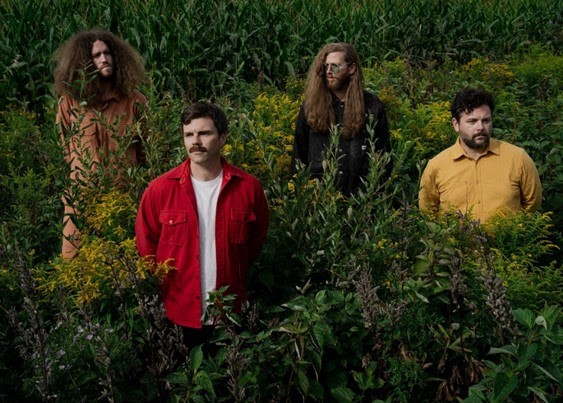 Let the tune "Love Will Live On" be your long weekend anthem.

A first taste of the upcoming album by Cape Breton four-piece Villages dropped today, with the video and single "Love Will Live On." The acclaimed folk-rock band has long made feet stomp and heads bob with its unique, roots-based, yet rock 'n' roll-balanced sound—and the band's upcoming LP, which was recorded at Joel Plaskett's Fang Recording in Dartmouth over a tight eight-day window, promises more of both.

It also sees the quartet working with Juno-winning composer and soundscapist Joshua Van Tassel (who has also worked with the likes of David Myles, Great Lake Swimmers and Fortunate Ones).


Starting out as the indie rock act Mardeen before falling back in love with the roots music of its home island, Villages blends influences like War on Drugs and Fleet Foxes with the salt sprayed-melodies of Cape Breton roots music. After signing to Sonic Records in 2019 (and becoming label mates with the likes of Matt Mays), members Matt Ellis, Travis Ellis, Jon Pearo and Archie Rankin dropped an eponymous album.

Now the lads are back, as you can hear for yourself: