Cannabis patient worried about finding a place to rent in Halifax

A chronically ill cannabis smoker is worried she won't be able to find an apartment because rental companies are cracking down on her medicine. 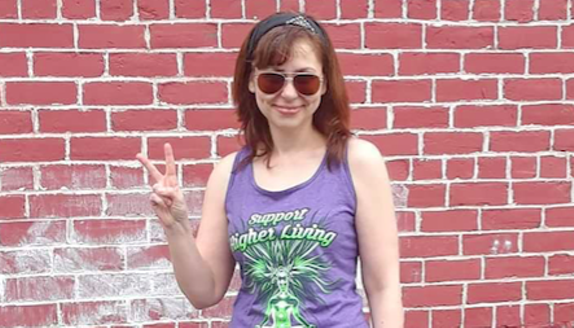 Landlords in Halifax are putting their tenants on notice: growing and smoking cannabis inside will be prohibited even after legalization.

The announcements have some medicinal cannabis patients worried they won’t be able to find an affordable place to live in the city.

“A lot of us exist on little-to-no income. A lot of us are also smokers,” says Samantha Clattenburg, a cannabis patient living with chronic illness. “We just want to have reasonable access to our medication and safe, affordable housing.”

Denied for disability benefits twice, Clattenburg says limited mobility associated with fibromyalgia, osteoarthritis and degenerative disc disease has prevented her from keeping a job. She hasn’t been able to work full-time in eight years, but she says because of cannabis she’s able to write a blog and host an online radio show from her home.

Her current landlord in Cape Breton allows her to medicate at home, but she’s planning to move to Halifax, where her partner recently found a job. Unfortunately for Clattenburg, several major rental companies in Halifax have banned cannabis in their buildings.

Killam Properties, which owns and operates 60 apartment buildings in HRM, released a notice last week to tenants saying their properties will become “marijuana smoke-free and cultivation-free” effective December 1. Others, like Southwest Properties, gave similar notice to tenants over the past several months.

Killam didn’t respond to repeated attempts to confirm how many properties received the notice.

Last Tuesday council passed a motion to reconsider tobacco’s place in HRM’s new nuisance bylaws, which ban smoking on municipal property, except in designated areas. In a blog post, councillor Sam Austin listed several reasons for proposing the motion, including one of fairness.

“The equity piece is that many apartment buildings are nonsmoking which means that a sidewalk ban effectively makes it impossible for many who don’t own private space to legally smoke,” he wrote.

But the staff report requested by Austin will only look at tobacco, not medicinal marijuana.

Clattenburg, who uses a cane to get around, says on rainy days her osteoarthritis prevents her from being able to use designated smoking areas. Depending on the weather, some days she can barely walk.

She also doesn’t have the option of owning private property.

“When you get chronically ill and you have to leave work, one of the things that end up getting destroyed is your credit. A lot of us don’t have the credit or the funds to purchase land and buy homes.”

Heidi Chartrand of the Nova Scotia Medicinal Association of Cannabis Dispensaries says she’s worried that patients like Clattenburg will be excessively punished for medicating in the wrong place.

Fines range from $25 for a first-time offence to $2,000 for repeat offenders. She doubts the ability of bylaw officers to treat complaints against patients on a case-by-case basis.

“We already get harassed and discriminated against and have to prove our innocence, and this will make it much worse,” says Chartrand.

Clattenburg says that between landlord notices, the impending closure of dispensaries, and the Canadian Medical Association recommending the end of a medical cannabis system, medicinal consumers feel ignored.

“There’s a whole group of us who feel lost in the shuffle,” says Clattenburg.
“A lot of us are really sick people who have tried other things, and other things made us sicker. Cannabis is the safer alternative for a lot of us.”

In her view, the buzz around recreational cannabis has drawn increased stigma and scrutiny to patients with medical documents, making it a challenge for disabled, low-income renters.

“I do feel marginalized,” she says, “simply because I’m poor, I’m a smoker and I’m a medical cannabis user.”

According to Statistics Canada, Nova Scotia has the highest rate of cannabis consumption in the country, with 20 of Nova Scotians having consumed within the previous three months. The 2018 survey didn’t differentiate between medicinal and recreational rates.

I’m a mom, and I use cannabis