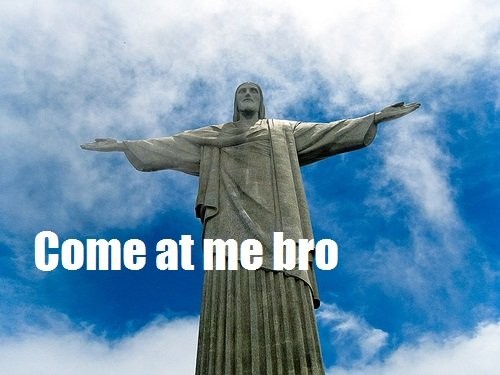 Today the Supreme Court of Canada unanimously ruled that reciting prayers at municipal council meetings is a breach of religious neutrality and discriminates against public freedoms. It's a decision that potentially could mean an end to Halifax Regional Council's non-denominational "invocation."

The Supreme Court ruling originates in 2007, when a resident of Saguenay, Quebec tried to stop public prayers by city councillors. You can read today’s full decision here.

Halifax Regional Council’s invocation at the start of every council meeting is meant to be inoffensive, but the prayer still mentions "God, our creator" and still ends with an "Amen." Regardless of the unnamed deity directed towards, it’s also still a prayer, which the Supreme Court decision suggests is discriminatory on its own.

“The recitation of the prayer at the council’s meetings was above all else a use by the council of public powers to manifest and profess one religion to the exclusion of all others,” the court’s decision about Saguenay reads. “On the evidence in the record, it was reasonable for the Tribunal to conclude that the City’s prayer is in fact a practice of a religious nature.”

Halifax spokesperson Jennifer Stairs says it’s “too early for us to know” how today’s Supreme Court ruling will impact council’s regular praying. “Legal’s aware of it and is reviewing it.”

Ottawa’s council put morning prayers on hold today before their regular meeting. Mayor Jim Watson said Ottawa would review the practice in the wake of the Supreme Court’s decision. But one HRM councillor doesn’t think the ruling will be much of a problem.

“If I know Halifax, we’ll probably have some advice from the clerk, and then some legal advice. Then we’ll take a look at it and make sure our prayer is neutral and accepting enough for everybody," says Matt Whitman, councillor for Hammonds Plains - St. Margaret’s. “Whether’s it ‘s a prayer or piece of poetry we’ll probably find something.”

Whitman, a member of the StoneRidge Fellowship Baptist church in Sackville, says the current invocation is so light in its wording that it would be hard for anyone to find it offensive.

“I think of all the things I hear in the run of a day, and all the things I could get upset about,” he says. "We’re supposed to be a world of tolerance, and I think what we say before council is so neutral. For less than one minute of a day, I think it’s probably the least offensive thing you’ll come across.”

Public prayer at municipal meetings has increasingly come under pressure in Canada—from those both for and against its practice.

In Halifax, public expressions of faith are still displayed with pride by elected officials. Mayor Mike Savage recently spoke at the Nova Scotia Prayer Leadership Breakfast, where the longtime Catholic called the separation of church and state “confusing.”

“Everything that touches and influences us is part of who we are,” Savage is quoted by the Herald’s Brett Bundale. “We’re affected by what we watch, what we hear, what we eat. So our faith, whatever it is or isn’t, has to be a part of that.”

Upon taking office, Savage told the press the city’s non-denominational prayer was “pretty good” and praised it for having the approval of the Multicultural Association of Nova Scotia.

It’s worth mentioning that Halifax’s interfaith invocation is a far cry from Seguenay’s councillors praying and making the sign of the cross—as well as their city hall openly displaying a crucifix and sacred heart statue. But the intensity of the discrimination shouldn’t matter, says the Supreme Court.

“The pursuit of the ideal of a free and democratic society requires the state to encourage everyone to participate freely in public life regardless of their beliefs. A neutral public space free from coercion, pressure and judgment on the part of public authorities in matters of spirituality is intended to protect every person’s freedom and dignity, and it helps preserve and promote the multicultural nature of Canadian society. The state’s duty to protect every person’s freedom of conscience and religion means that it may not use its powers in such a way as to promote the participation of certain believers or non‑believers in public life to the detriment of others.

What will happen in Halifax remains to be seen. The Supreme Court does seemingly allow some considerations in their verdict for a prayer that can be established as non-denominational. Whatever the result, Whitman says the reflective moment still has an important place at council meetings.

“It’s a tip of a hat that there’s more to us as human than what’s in that room,” he says. “There’s more to it than us sitting around that table.”

Halifax Regional Council invocation
God, Our Creator
Bless us as we gather today for this meeting. You know our most intimate thoughts; guide our minds and hearts so that we will work for the good of our community and help all of Your people.
Give us today the strengths and wisdom to carry out our duties in the most caring and respectful ways.
Teach us to be generous in our outlook, courageous in the face of difficulty, and wise in our decisions.
Amen