Call it by its name: Misogynist violence | Opinion | Halifax, Nova Scotia | THE COAST

Femicides disproportionately occur in non-urban areas in Canada—pretending that last weekend's killings were a freak accident won't stop it from happening again. 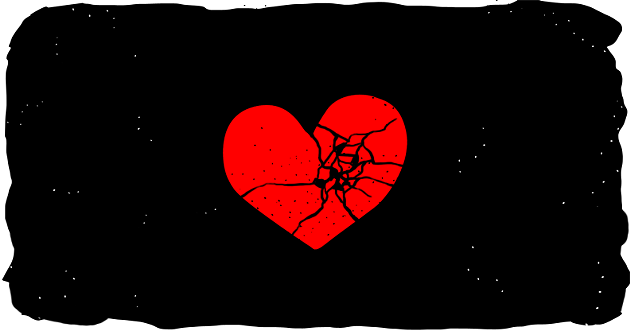 Aziza Asat
"If we are ever to end heinous acts of mass killing we must first have the courage to name and recognize the misogyny in our communities and in our broader society."

Nova Scotians are spending the weekend with heavy hearts as they mourn the loss of 22 innocent people in one of the worst mass shootings in our country’s history. Yet along with this sorrow, feminist activists in Nova Scotia and across the country are also feeling outraged because women and girls in this province continue to suffer such extreme violence at the hands of those closest to them in the one place where they should feel the most safety: their own communities. This violence, already present before the pandemic, has predictably increased and escalated since.

The RCMP have for the most part refused to provide relevant details to the broader public on the relationships between the murderer and some of the victims. In particular, there has been glaring silence surrounding the murderer’s violent treatment of his female partner. At an RCMP press conference Friday not a single one of the questions asked named the violence as misogynist violence.

Experts on gender-based violence have long pointed out that most mass murders begin with violence in the home. While friends and colleagues often struggle to pair the heinous violence with the person they assumed the murderer to be, women and girls closest to men who kill rarely experience that disconnect. It is often the wives and children of these men who are the first victims and the sustained abuse that they face is often the most obvious predictor of the murderer’s future mass violence. This abuse is not random. It is often an identifiable pattern of behaviour that begins days, months and even years before the killings.

But the Canadian Femicide Observatory paints a different picture from this racist mythology. In their 2019 report #CallItFemicide, it analyzed all-male perpetrated homicides against women in Canada between 2016 and 2019. They found that non-urban areas, including rural areas and small towns, make up a disproportionately large percentage of femicides (the killing of women and girls because they are women and girls) in Canada. Moreover, women in non-urban areas are more likely to be killed as a result of gun violence than women in urban areas due to the widespread availability and ownership of long guns used for hunting in these areas.

Along with this image of peaceful rural communities, early media reports emphasized the murderer’s “passion for policing” and his acts of charity providing free dentures to a person in need. This deliberate softening of one of the worst mass shooters in our country’s history is quite obviously a result of his white, male, wealthy privilege. The same language and reporting would be unthinkable for a Muslim man accused of plotting a terrorist act or Black man involved in gang violence. And yet, research consistently shows that most mass shooters are white men. Why as a society have we failed to recognize the particular danger posed by this demographic?

It is now becoming clear that the mass shooting of Saturday, April 18 and 19 began with acts of violence towards the murderer’s female partner. He then went on to kill 22 innocent people: 12 women and one 17-year-old girl. This information is significant because it tells us that hatred for women fueled this act of mass murder. The use of multiple firearms, an RCMP uniform, and a stunningly accurate replica of an RCMP cruiser suggest that this crime was premeditated. The fact that the murders were spread out over a large area and several long hours of the evening and early morning suggest that this act was much more than out-of-control anger, a rampage, or the act of someone who lost their temper. This was no crime of passion. The plan and desire to kill multiple people was something sustained in the heart and mind of the murderer throughout the long hours of that night and the next morning. A deep and longstanding hatred of women was the fuel to this violent act.

A group of Nova Scotian feminist activists released a statement on Friday arguing that, “While not all of the victims in this mass shooting were women, all of the victims were victims of misogynist violence. We want to make it clear that misogyny—the hatred of women—affects all of us. Women are not the only innocent victims of this hatred that plagues our society. This mass shooting, and many other mass killings that we have witnessed throughout Canada’s history, show us that this hatred brings severe harm to so many of us. This hatred of women is ravaging our communities, our families, and our bodies. We want it to end.”

If we are ever to end heinous acts of mass killing we must first have the courage to name and recognize the misogyny in our communities and in our broader society. If we stay silent about this hatred, if extreme acts of violence against women and girls are treated as any other type of violence, if we fail to talk about the harm faced by so many women and girls in their own homes–these acts will only continue.