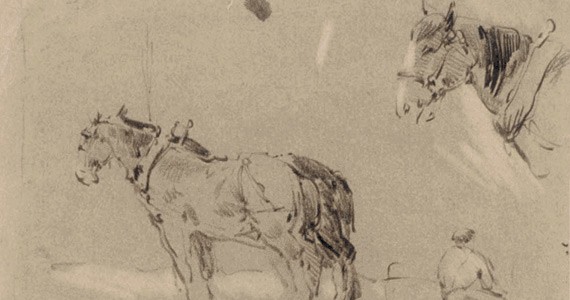 Take a trip down memory lane in Locavore: Works from the NSCAD Community in the Dalhousie Art Gallery's Permanent Collection. The comprehensive exhibit covers more than 100 years of Haligonian artwork from former NSCAD students and instructors. The exhibit begins with "Untitled Landscape" from Edith A. Smite, a student in the late 1880s and former instructor during World War I. Arthur Lismer's pastels on paper show the historical downtown Halifax in "George Street, Halifax" from 1916. A few standouts include Gerald Ferguson's "Drop Cloth No. 37" (2003), a spotted canvas of colour and Cliff Eyland's ongoing "Untitled" works of painted small size panels. Heather MacLeod's photography features "North Grand Pre Church" and "Point Pleasant." Some of the exhibit pieces move beyond the painted canvas. NSCAD graduate and instructor John Greer's "Lead to Believe" is sheet lead shaped as a paper airplane. He's not playing around.