Buttons for peace: A Q&A with Betty Peterson

Memories from the legendary Halifax activist are now on display at Pier 21. 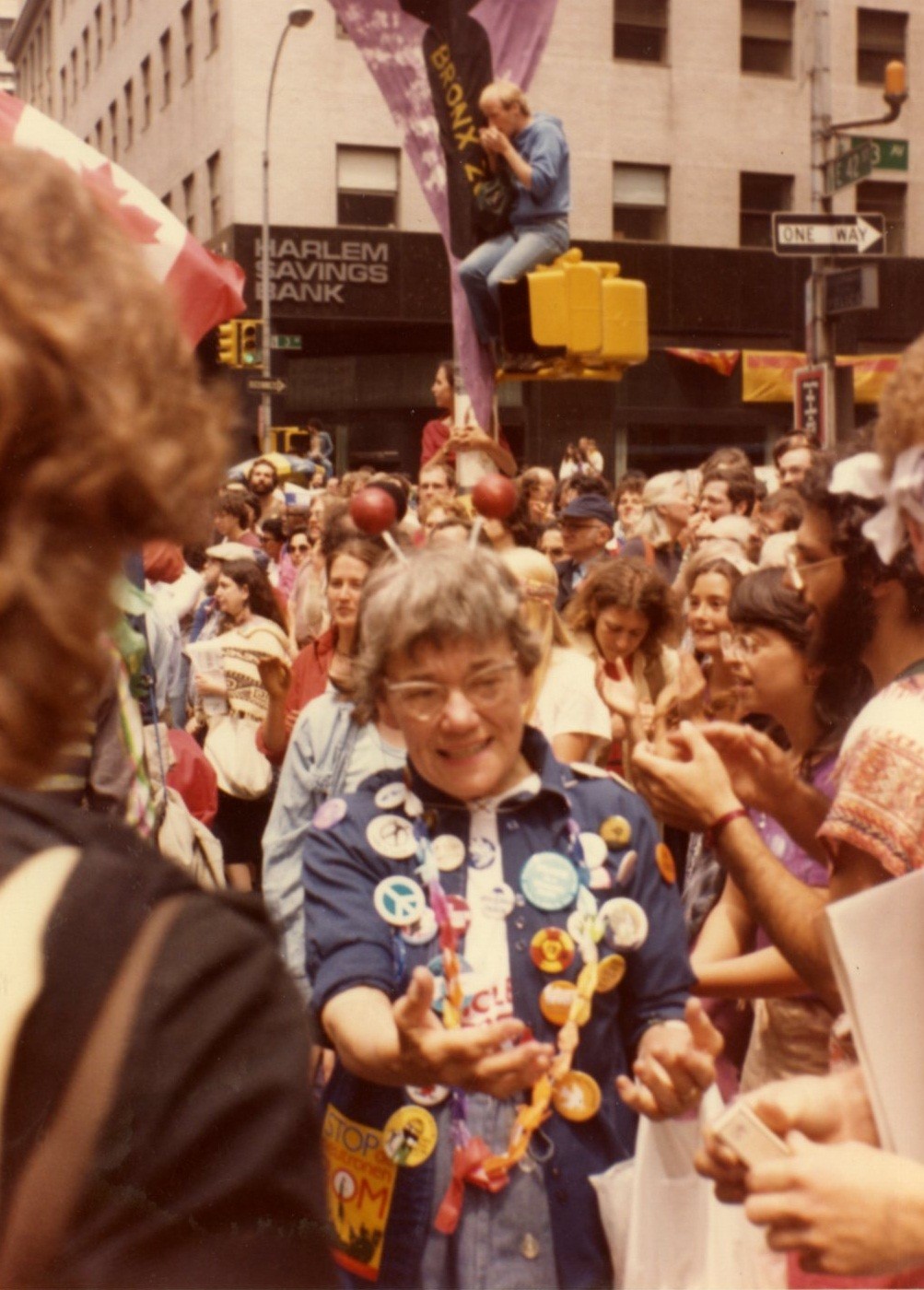 Betty Peterson has been marching for decades. The American ex-pat moved to Nova Scotia in the ‘70s, eventually sharing a house with social justice icon Muriel Duckworth and spending her time fighting for peace. In 1982, she joined a million voices in New York calling for an end to nuclear arms. Now, Pier 21 is honouring the 97-year-old Peterson with an exhibit displaying the button-covered shirt she’d famously wear to protests. Betty took some time to chat with The Coast about her past, her work and those buttons.

The Coast: You wore that shirt to a lot of events. Was there a specific reason behind that?
Betty Peterson: Well, I'll tell you about the first time. We got some peace buttons together in 1982, to wear to New York City to the big peace march with people from all over the world. I just wanted to put these buttons on this shirt and wear it. So I had a picture of that on the Dal Gazette when I came back, I can't imagine who took it. That was the beginning of the thing, so I've worn it ever since.

TC: What was it like working and living with Muriel Duckworth?
BP: It was wonderful. I was from the States originally, and got fed up with Watergate, all these things. My husband and I wanted to come to Canada and get away from it all. Of course, we found a lot of it was here too. Then he died the first year he was here. Muriel Duckworth phoned and said, “Betty, why don't you come and live with me? We'll call it the Peace House, and the Quaker House and the Women's Centre.” We had a great time living together.

TC: I imagine it was always busy.
BP: It was always very, very busy. Then when her son sold that house and we took in Dal students, guess who the first student who paid rent to live in our house was? Elizabeth May. That was quite a year to live there in that house.

DAN CONLIN
The button-covered shirt is on display at Pier 21 until October 20, on loan from Mount Saint Vincent University.

TC: In terms of peace activism, social justice, how have you seen Halifax change over the decades?
BP: I'm not quite sure when it changed, but it certainly has by now. The world has changed. For the last thirty years, we were extremely active here. I collected a great deal of material from those thirty years for the Nova Scotia Archives. When they thanked me for them, they said I had preserved a period of unusual peace work and social justice work in the city of Halifax that should be remembered. We were just out on the streets, and going all over the province.

TC: Have you ever felt discouraged, or felt like stepping away?
BP: No, we were so busy and so active. It was really quite exhausting. It just consumed all my time, and many other people were extremely active as well. But I was the organizer, one of the principle ones. It was great to feel like something was being accomplished.

TC: What issue do you think still has the most work to be done on right now?
BP: Peace!

TC: Do you have any words of wisdom to the next generation of powerful, activist women out there?
BP: Keep on keeping on. It's worth it. Keep on keeping on. It helps you to keep your sanity, and it gives other people hope and calls them into action. I think there's a great deal of discouragement, and we have to let them know it's worth it to get out there and keep things alive.