Halifax and Halifax-connected Sure Things to enjoy from a safe social distance. 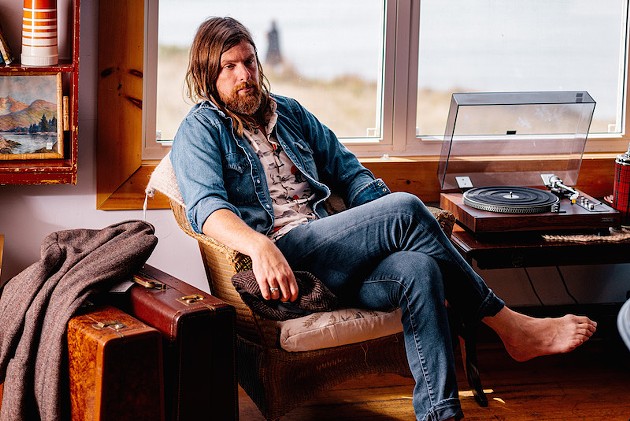 Halifax trivia hosts-about-town Jason Dorey and Andrew Evans have shifted their popular triv game from pubs like Durty Nelly's, the Lion's Head and The Fickle Frog, to a Facebook livestream. Three 20-question rounds will challenge, amuse and delight, and with no prizes on the line, you won't even mind missing a few answers. The stream opens every Monday at 7pm, first question at 7:30.

The Mi’kmaw artist and storyteller—and the first person in Atlantic Canada to ever win a Sobey Art Award, the nation's biggest visual art nod—was set to deliver a now-postponed Facebook livestream at 2pm. The listing promises Johnson will share "the art of animated storytelling using traditional songs and stories." Stay tuned for new details for Johnson's show.

The aural equivalent of a ray of sunshine, Martell's music is the buoyant sort of stuff we need to keep afloat ourselves these days. Celebrate her debut album as she drops a livestream at 9pm via Facebook.

Builder of electro-acoustic soundscapes, Van Tassel weaves a musical tapestry before your eyes (and ears) at 11pm on Instagram Live. Don't let the late start time deter you: This truly is the opening notes to your dreams.

The Dartmouth singer-songwriter warms The Carleton stage at 7pm so you can feel (almost) like you're in the legendary live music spot. Catch it via Facebook.

The This Hour Has 22 Minutes elder statesman helps you crack a smile with this comedy spot happening at 6pm via Facebook Live.

Blending hip hop, Afrobeats and R&B, brother-MC duo Advocates of Truth will help you turn up even if you're in your PJs. Things kick off at 7pm via Facebook Live.

Splitting her time between her HRM home and the Nashville music scene, Lynn delivers early Taylor Swift vibes while scoring attention from the likes of Rolling Stone and CMT Music. Learn exactly what the fuss is all about as the country crooner performs at 7pm via Facebook Live.

His regular summer pilgrimages to The Carleton sell out so quick that a livestream of the alt-folk king might be your best shot to see him live, anyhow. Catch it at 8pm via Facebook Live.

The Dartmouth rock 'n' roller continues his weekly showcase that fortifies fans of Dire Straits and Bruce Springsteen with a dose of true-blue Americana. It all goes down on Youtube at 9pm.

Halifax's Lions Den Theatre presents an audio play based on the 1936 cautionary film about what happens when you smoke the devil's lettuce. Catch the play via a Facebook Watch party at 7pm.

Trust Tim Crabtree's gorgeous chamber-folk to help you process all your feelings. Your favourite band's favourite band hits the screen at 4pm via sidedooraccess.com.

Tix to see the former Barenaked Ladies frontperson are selling quickity-quick, so don't sleep on your chance to see him sing bangers like "The Old Apartment" while you're stuck inside yours. It all goes down at 6pm via sidedooraccess.com.

A new-to-us act lights up The Carleton stage at 7pm via Facebook Live.

If you wanna drink up the fresh air feeling while not being able to get out all that much, Mays is your man—he's the only one besides Tom Petty who can make you feel like you're driving with the top down, full-blast when you're actually just sitting still. Catch the vibes on Youtube at 9pm.

The drummer for dearly-departed Ontario rock icon Hollerado gives a charity drum clinic to help you brush up your skills (or get some skills to start with). The hour-long session kicks off at 5pm via sidedooraccess.com.