I'd tap that: 5 to try at Seaport Beerfest

So many beers, such tiny steins. In preparation for the annual Seaport Beerfest Whitney Moran recommends five visiting brews to knock back this weekend. 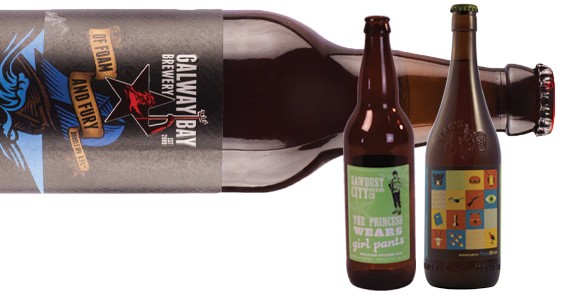 Choosing from 275 beers and ciders is no task for the lily-livered. As with any festival, you’ll get the most out of Seaport Beerfest with a game plan. Topping my list is Stillwell’s Cask Pavillion, featuring five rotating casks per session from some of the Maritimes’ best: Boxing Rock, Garrison, Propeller, Big Spruce, Hell Bay, Meander River, PEI Brewing Co. and Granite. But since their contents remain a mystery, I’ve pre-emptively filled my tiny stein with these out-of-towner must-trys.

The first in this fantastic brewery’s A-le Amérindienne series, which pays homage to the botanical knowledge of the Gaspé’s region’s First Nations people. Brewed with Labrador tea as well as herbs and flora of the Gaspésie, this sneaky IPA has a surprisingly light, citrusy hop flavour balanced by minty tea.

If I could only try one beer, it would be this blend of 20 percent oak-aged sour rye ale and 80 percent young saison. With a sour nose and a taste that’s pure barnyard funk—bretty, lemony and slightly woody—each blend is unique, playing up its bitterness, acidity or fruit flavour.

For one weekend only, Nova Scotia’s been blessed with the luck of the Irish—we should grab a taste while we can. With an aroma of tropical fruits, this big beer follows through with grapefruit, peach and nectarine hop flavours blended with sweet malts for a juicy, bittersweet, dangerously drinkable DIPA.

From a brand-new micro making waves in Ontario, this hoppy Belgian-inspired seasonal is spicy and bittersweet. Flavours of lemon, pine and tropical fruit are blended with Belgian yeast for a floral, effervescent, easy-drinking ale despite its high ABU. Topped off with a rare hop profile of Sorachi Ace, Meteuka, Galaxy and Mosaic.