The province's new Intimate Images and Cyber-Protection act was passed two weeks ago, with little noise and a lack of public input. 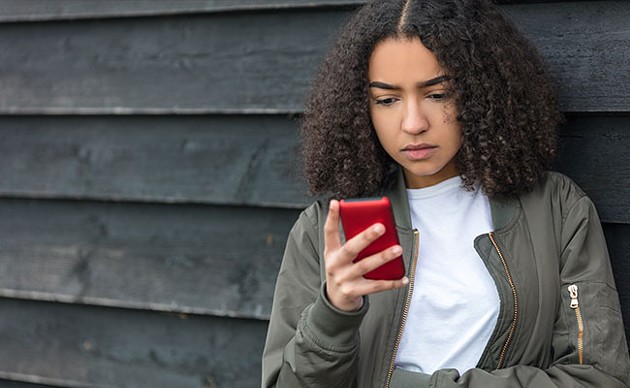 VIA iStock
The new cyber bill puts the responsibility on victims to initiate complaint.

On October 26 the Nova Scotia legislature quietly passed the Intimate Images and Cyber-protection Act. The bill's smooth passage was perplexing given the noise the first attempt at such legislation generated, from its passage by the former NDP government in to its repeal two years later.

The Nova Scotia Supreme Court struck down that legislation—the Cyber-Safety 2015, ruling that the law infringed on the freedom of expression of the alleged perpetrator under the Charter of Rights and Freedoms.

"I wrote a 100-page thesis in and around these topics and I had not heard about the passage of the new law or its tabling until your email," says University of British Columbia PhD candidate Rachel Brydolf-Horwitz.

Her thesis details the genesis and undoing of the CSA in the wake of Rehtaeh Parsons' death. Though Brydolf-Horwitz was pleased to see the Liberal government introduce a new bill, she's surprised by the lack of reaction given the attention the first received.

"If the government were serious about getting this right, surely it would make it easier for experts to appear on the Bill," wrote Fraser. "I can name at least five people who have immense expertise in the field of civil rights, cyberbullying, restorative justice and youth suicide who this Committee and Nova Scotians should hear from, but none will have a chance to provide their well-informed and expert views."

The Progressive Conservative caucus put forth several amendments and the NDP attempted to have the bill sent back to the Department of Justice, both to no avail.

Brydolf-Horwitz thinks the disparate responses to the old and new laws to do with timing.

"I think because the Cyber Safety Act was so linked to Rehtaeh Parsons, and the real tragedy of that particular set of circumstances," she says, "that might have made it a bit more prominent." The CSA was passed just weeks after Parsons was taken off life support and her story went global.

Since the first provincial law was struck down, the federal government passed the Protecting Canadians from Online Crime Act, which made sharing intimate images without consent illegal.

"That sort of was an urgent area in the criminal code that wasn't being addressed and that might have taken a little pressure off on a level," says Brydolf-Horwitz. But the federal law doesn't come close to addressing many peoples' experiences with cyberbullying.

In the days leading up to the passage of the province's Bill 27, Fraser—who took the original law to Supreme Court—told the CBC that he was "afraid the pendulum has swung a little bit too far."

Brydolf-Horwitz thinks this new focus on intent is likely because the government felt "a little burned" by the Supreme Court decision.

The law appears to have some of the same limitations as the criminal harassment law in that it can be problematic if the actions don't exactly fit the definition, says Stevens.

The biggest change seems to be to the role of the CyberSCAN unit, a civil investigative unit created by the CSA in 2013. Before 2015, CyberSCAN could apply for protection orders on behalf of victims of cyberbullying. Now the complainant will have to file them.

In his written submission, Fraser approximates that it would cost $10,000 for him to represent an applicant, which he calls "daunting." Just as daunting, he writes, is the idea of a traumatized cyberbullying victim having to navigate civil procedure rules.

"Under the new bill it appears the unit is even more limited and responsibility is put on victims to initiate complaints," says Stevens. "There are many barriers under this bill that will limit people from following through with reports without adequate community and legal ."

Crimes of a sexualized nature are already underreported, adds Stevens, and the impact of online violence is "hard to demonstrate" in court.

The new law includes a built-in review by the justice minister within three years.