Breagh Isabel’s “Girlfriends” may be the song of COVID summer | Music | Halifax, Nova Scotia | THE COAST

The former Port Cities band member is solo, signed to Warner and singing of uncertainty.

n this pandemic summer of tepid uncertainty, a time of in-betweenness as reopening plans unfold and vaccinations take effect, there is no better song to play on repeat than Breagh Isabel’s “Girlfriends.” The single, her debut as a solo artist, deals with another sort of tender not-knowing—a cinnamon-sweet story of first loves Isabel kept long hidden.

A founding member of Nova Scotia folk rock favourite The Port Cities (where she performed as Breagh MacKinnon), Isabel has, since leaving the band in 2019, set her mark firmly for the moon. And along the way she’s landing a glittering, growing stardom, scoring a solo recording contract with Warner Music Canada (joining her place alongside labelmates like Chantal Kreviazuk and Cardi B, and that’s just the Cs). Halifax, meanwhile, can take solace in the fact that we knew her first, back when she was singing at the Cunard Centre with an oversized, black acoustic guitar.

Port Cities cast off with new album: And a series of pop up shows this Friday

Catching up with Juno winner Rose Cousins: We talk with the singer-songwriter about her latest award.

“It’s kind of a sad bop, if you will,” Isabel says, speaking with The Coast by phone about the new single set to shoot her profile even higher. “Lyrically, it's talking about heartbreak and unrequited love. But musically, I think there's a lot of joy in the song as well. For me I think the joy comes from the fact that, although the song speaks to heartbreak and going through a tough time, the resolution comes from the fact that I'm now able to own that experience and tell that story from a place of happiness.”

“Girlfriends” has an airy, synth-doused sound grounded with frank lyrics, sad pop to dance to in the tradition of Stars, Robyn and new Tegan and Sara. “It’s hard to find yourself in 11th grade,” sings Isabel, who identifies as queer, in the song’s opening lines over a bouncy percussion, her smoky delivery belying the lyric’s earnestness. “I know you wanted me too/that’s something we couldn’t do.” (Oh, and dance to it you can, when Isabel opens for Alan Doyle on August 3 in Lunenburg at the Long Weekend @ Light Ship mini-fest.)

“I think writing this song was definitely a bit of a cathartic experience, and revisiting that time and being able to put words to feelings that I didn't have back then, felt like a bit of a resolution,” she adds. (And FWIW, the girl in the song isn’t exactly real, more “an amalgamation of a few different experiences,” Isabel clarifies.)

“When I thought about putting this song out into the world, I really just hoped that it would serve to normalize the experience of being young and figuring out who you are, and how to love in your own way ,” Isabel adds. “I just hope folks see some part of themselves reflected back in the story.” 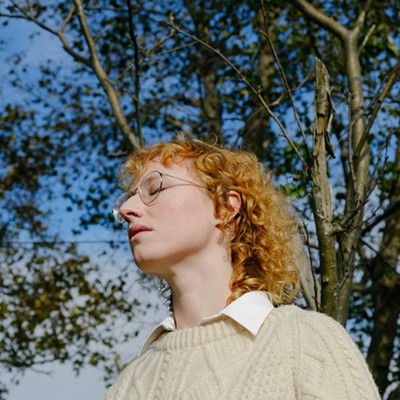