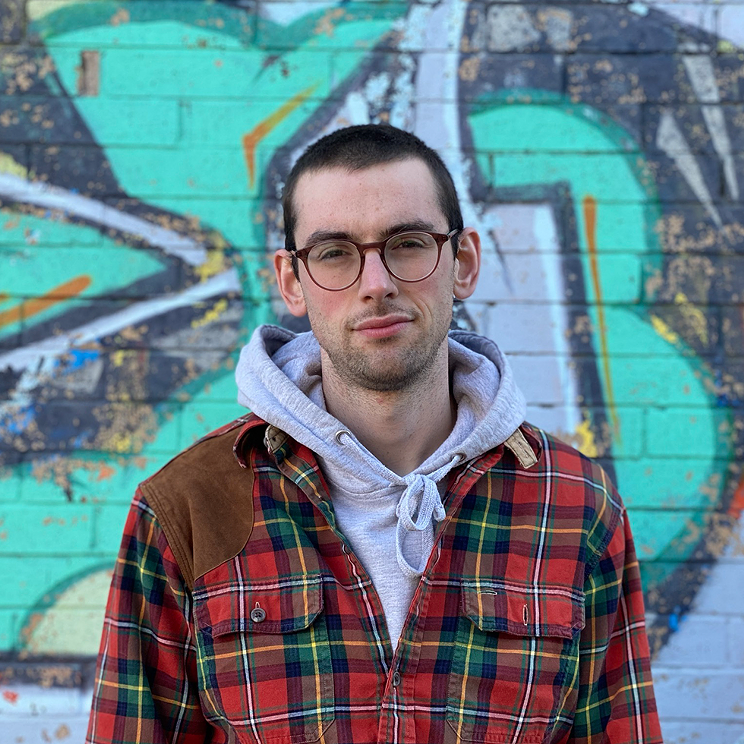 submitted
Brandon Michael made his stage debut at 15, joking about Easter candy.

The local comedian and scene incubator will help you LOL.

Halifax up-and-coming laugh-getter Brandon Michael’s foray into comedy was inevitable, really. “My parents liked Chris Farley on Saturday Night Live. I’ve always just grown up with a family that’s really into comedy,” he says of a childhood where he mainlined Seinfeld and stand-up the way the rest of us binged cartoons. At 15, he took to the stage at Yuk Yuk’s Halifax outpost, with Mom and Dad supporting in the crowd. “They were just stoked at the novelty of hearing a kid up there,” he says of the crowd. “I had a joke about being the age where my parents stopped putting out candy for Easter: I remember that was one of my big bits.”

James Mullinger tells us a joke: The arena-sellout, critically adored comic cracks a good one and releases a free special as COVID-19 continues.

Nick Nemeroff tells us a joke: The comedian that's been on Conan tides you over until his next Halifax show with some LOLs.

These days, of course, his material has updated and his stage presence has changed. “Over time, I started to put more of an emphasis on breaking the form, being a little bit experimental”, he says, citing Jon Dore, Brodie Stevens and Zach Galifianakis as inspirations. But, the goal for the comedian is the same. “I like it when people are laughing but they don’t have to think about why, in a way,” he says. “It’s like the joke might not make sense, it might be very absurd, but you can’t pinpoint exactly what it is: Is this guy serious? Is this real?

“A more diverse show is ultimately always the goal,” Michael adds, explaining why he’s become a sort of one-man comedy incubator in the city over the last year, hosting comedy nights in unlikely venues (from Elle’s Bistro to hotel coffee shops) that aim to bring more representation to the art form. (Many of Michael’s events are open to amatuer performers, too.) “People want to hear different perspectives, they want to hear different voices and it’s super important to make a clear effort to encourage different voices to come out and try it,” he adds. “It will only benefit the scene if we can encourage more and more people to tell their stories.”

Here, in advance of two shows he’s putting on this week—Aug 25 at Sackvilles’s Serpent Brewing and Aug 26 at The Narrows (a cafe tucked inside the DoubleTree by Hilton in Dartmouth) alongside local comic scene star Travis Lindsay—Michael shares a couple of jokes to make you crack a smile despite the heat warning.

“I’m nervous. I have moths in my stomach. Most people get butterflies, but I get moths. That’s because I swallowed a porch light.”

“My best friend died giving himself road head. It was auto-fellatio.”