Remembering when the Boston Bruins Stanley Cup winner was a Halifax Moosehead. 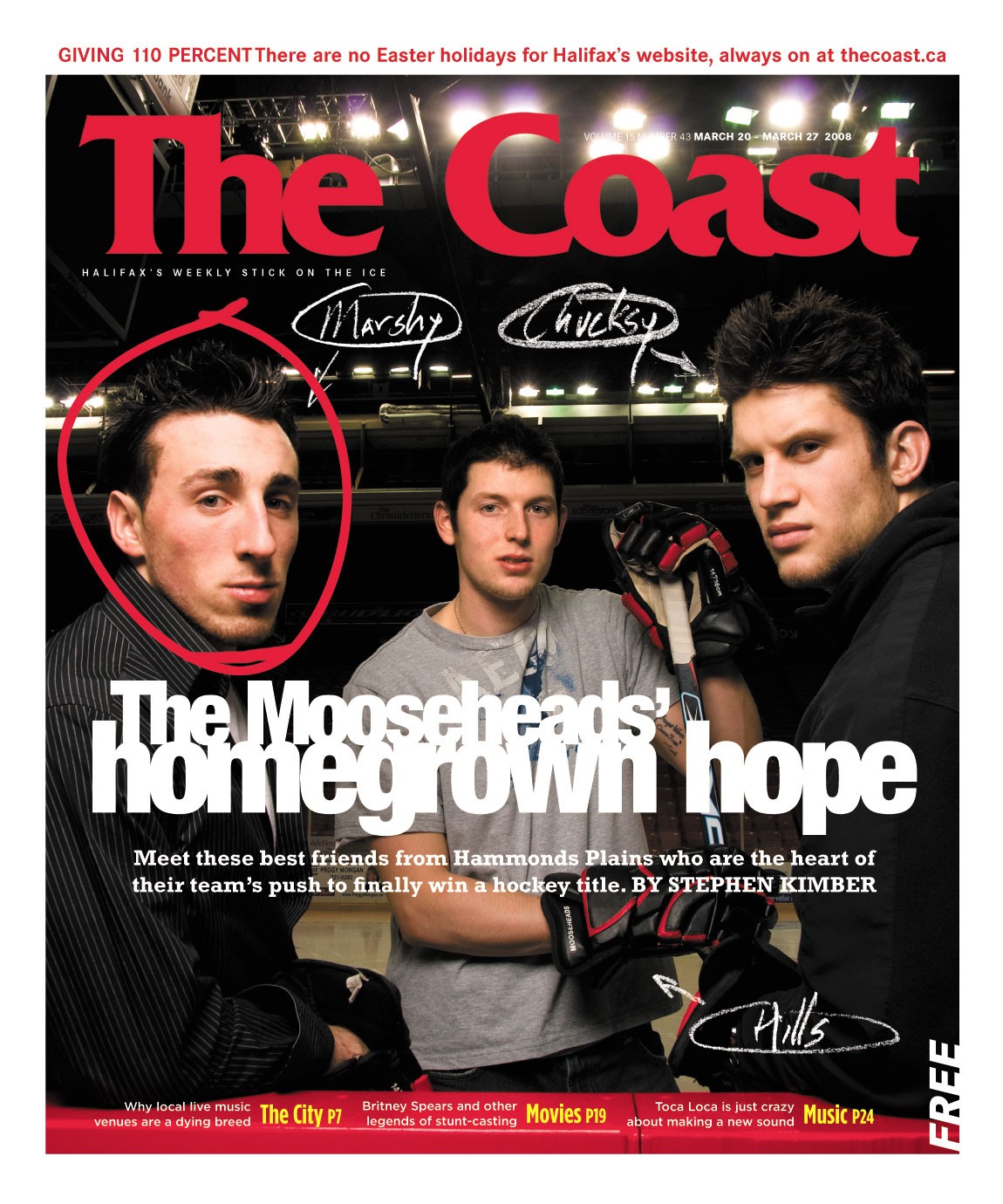 The Coast cover that introduced Brad Marchand to a wide Halifax audience. The Boston Bruins Stanley Cup hero is circled at left.

Before Brad Marchand became the latest Halifax hockey hero to win Lord Stanley's beer bong, he was a member of a promising Halifax Mooseheads squad. Marchand and two of his friends from Hammonds Plains, Andrew Bodnarchuk and Ryan Hiller, were the local connection that anchored the Mooseheads' strong shot at Canadian junior hockey supremacy in 2008. The trio were profiled by Stephen Kimber in a Coast cover story that March. Kimber wrote:

And one of the reasons the Mooseheads traded for Marchand, of course, is that he has a history of winning when it counts. ...
“What I love,” Marchand tells me, “is when one of us scores a goal and we’re skating back by the bench and you see the other guys sitting there smiling at you. It’s special.”
More special would be winning it all. “It’d be incredible...like being back in Bantam,” Marchand laughs. “Only better.”

The Mooseheads didn't end up getting the Memorial Cup, but with two goals and an assist in Boston's game 7 win over the Vancouver Canucks, it's safe to say Marchand's history of winning when it counts hasn't been lost.

Speaking of a winning history, Stephen Kimber is up for his latest award this weekend. Another of Kimber's Coast cover stories, "Is Corey Wright the wrong man?" is a finalist in the Professional Writers Association of Canada's national awards, handed out Saturday June 18. That story also won an Atlantic Journalism Award earlier this year, and our money's on it taking the PWAC prize too.

COVID cases and news for Nova Scotia on Monday, Dec 6