Forget those yuletide carols, Coast staff pick the TV and film box sets that will give their holidays a real fa-la-la-la-la.

Forget those yuletide carols: Team Coast picks the TV and film box sets that will give their holidays a real fa-la-la-la-la. 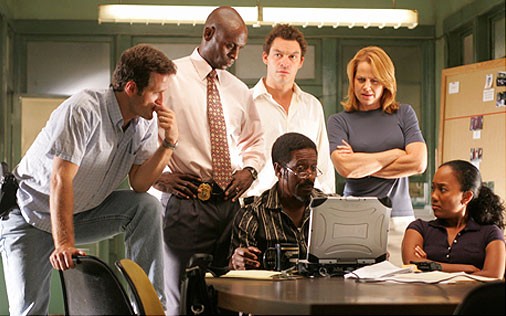 Disney has re-packaged and re-priced The WB's signature series, so you can own all four seasons for a little more than what one would've cost you five years ago. Keri Russell's in the title role of a shy art student who follows her unrequited high school love (Scott Speedman) to New York for university. OK, so it's not the greatest feminist statement---and there's too much Sarah McLachlan---but watch as Felicity cuts her hair off, figures herself out and fucks up along the way, with advice coming in the narration of Janeane Garofalo! Nobody, including Russell, Speedman, Scott Foley, or creator JJ Abrams, has done better since. –Tara Thorne, copy chief

Michael Bluth (Jason Bateman) is the only sane Bluth family member---and new boss of the family-owned conglomerate---in this comedic (albeit fictional) memoir about his dysfunctional family. Performances by regulars Portia de Rossi, Michael Cera and David Cross only begin to explain the hilarity of this three-season show, cancelled despite its awards and cult following. (Watch the show's "Why Was Arrested Development Cancelled?" clip on YouTube and you'll be on your ass laughing whether you've watched an episode or not.) –Holly Gordon, listings editor

With the courage of Child's and my convictions (and new cookware under the tree), I'll be learning how to debone a duck and flip a poh-tay-toe pancake over the holidays. –Hillary Titley, film reviewer

For when the holidays start to grind, and you find that even a double shot of cheer isn't enough, there's John Cleese's classic BBC sitcom featuring the guest-hating Basil Fawlty, hotel manager, the man Ebenezer Scrooge would have become if he had gotten married. –Mike Gorman, intern

You know that feeling you get when you're starring in a movie with Robin Williams, realize he would make the perfect Frog Prince, and decide to produce a series of elaborate fairy-tale adaptations starring prominent stars of the '80s? Actor Shelley Duvall had it while filming Popeye. The result is my cherished companion for this coming holiday season. The complete collection, featuring all 26 episodes of the show, is inexplicably on sale at amazon.ca for $12.99, a price I'd be willing to pay five times over just for the hilarious Cinderella ep---featuring Jennifer Beals and a Ferris Bueller-era Matthew Broderick. –Lindsay McCarney, film reviewer

I'd love to curl up on the couch with my mom and watch the Gilmore Girls box sets. When I was a teenager, my mom and I had a date with Rory and Lorelai every week, and as I'm going home for the holidays, I thought that'd be a good pick. –Charlene Davis, intern

So I heard about this show this year called The Wire, and I watched the first season and, hey, it's really good! OK, so I'm a bit behind in TV land, I know, but that won't stop me from enjoying the hell out of Season Two over the holidays. –Kyle Wells, intern

With two discs allocated for each of the 20 pre-Craig Bonds, these 2007 box sets are packed with Criterion-worthy on-set material and behind-the-scenes documentaries, special attention paid to casting, stunts and location shooting. And the movies? They're not issued chronologically, so for each Goldfinger you may get a View to a Kill, but even the worst 007 offers campy, escapist fun. –Carsten Knox, special issues editor

How I Met Your Mother: Seasons One-Four (Fox Video)

Cozying up with egg nog and my favourite season of How I Met Your Mother; it will be legen...wait for it...DARY. I'm spending part of the holiday in NYC, and what better visual to inspire the New York state of mind than Barney Stinson in an Armani suit? I'd wanna be a part of it. –Sarah King, intern

If you ever wanted Carrie or Samantha to wake up with puke in their hair, BBC Three's over-the-top comedy Pulling is your figgy pudding. Three British friends deal with single life, obnoxious frenemies and loser boyfriends over drinks. Lots and lots of drinks. To prepare for Queen Elizabeth's spring visit, make this a British marathon (god bless the UK's short-run series), with pratty Peep Show and the Jennifer Saunders (Ab Fab) village comedy, Jam & Jerusalem. –Sue Carter Flinn, arts editor