Border blockade politician takes her bias on the road

Smith-McCrossin opposed a blockade about Indigenous rights, but is fine shutting down the Trans-Canada Highway to New Brunswick.

On Tuesday, after premier Iain Rankin announced modified quarantine measures for New Brunswick travellers, a Cumberland County MLA reacted in her own way. “He has until 4 o’clock today to change these latest restrictions on the NS or the residents of Cumberland are shutting down the TransCanada highway until the Nova Scotia New Brunswick border is open for our families,” said Elizabeth Smith-McCrossin in a social media post.

The Progressive Conservative politician told residents in the area she didn’t support Rankin’s decision, and on Wednesday morning she joined protesters on the highway near the Cobequid Pass. 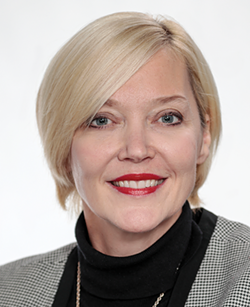 Wednesday at 8am is also when some of the restrictions that Nova Scotia imposed at its border during the third wave of COVID infections were removed. Now people from New Brunswick, Prince Edward Island and Newfoundland and Labrador “can enter Nova Scotia for any reason,” as the province puts it, although New Brunswickers face isolation and testing requirements that other Atlantic Canadians don’t.

While the crux of the protest is supposed to be around allowing family visits, some protesters have voiced anti-vax sentiments and the blockade is denying the passage of truckers who regularly cross the border, as well as preventing hospital workers from getting to Cumberland Regional Health Care Centre.

Smith-McCrossin hasn’t been a fan of blockades in the past. Just over a year ago, in February 2020, she had a very different opinion on a similar blockade—one taking place on rail lines in unceded Wet’suwet’en territory.

“The rail blockades must be removed today. Businesses are being affected in Cumberland North and layoffs are coming soon for many if they are not removed immediately,” said the MLA at the time, calling those blockades “illegal.”

In Wet’suwet’en, more than 20 land defenders were arrested last year. RCMP from both NS and New Brunswick were on site at the border blockade, and on Thursday NS RCMP reported they had arrested three people.

Having one standard for a blockade about Indigenous rights and a different standard for a blockade about cars full of majority-white travellers seems about right for Smith-McCrossin. In April 2018 she made racist comments about the work ethic, cannabis consumption and “low productivity” of Jamaican people. That same year, a former employee of Smith-McCrossin’s constituency office filed a human rights complaint against the then-candidate for leader of Nova Scotia’s PC Party.

The blockade on the highway was still standing as of lunchtime on Wednesday, despite the fact that an injunction against gatherings is technically still on the books in the province. Smith-McCrossin says premier Rankin, who is in Lunenburg for a film industry announcement today, has refused to meet with her.

When asked about a potential blockade at yesterday’s COVID-19 press conference, Rankin said, “We’re going to continue protecting Nova Scotians, and this measure will provide the protection that public health is asking for as we begin to reopen our economy.” New Brunswick has already opened to travellers from across the country, a level of COVID comfort that Nova Scotia hasn’t reached yet. Rankin said the Atlantic premiers were supposed to have a call to talk about border issues, but NB’s Blaine Higgs ghosted; Rankin called the isolation requirements for New Brunswick “regrettable.”

RCMP say the border blockade was "peacefully dismantled" and the highway re-opened at 10:20pm Wednesday evening, although police and some protesters remained on site for several hours.