Group of land developers push for wilderness to be rezoned for residential building. 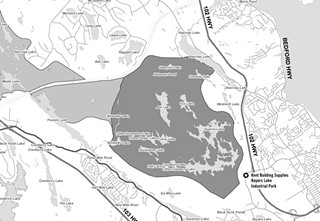 A group of four landowners is pushing for land designated as part of the Blue Mountain-Birch Cove Lakes wilderness park to be re-zoned for residential housing and apartments.

The proposed park is a chunk of land the size of the Halifax peninsula, stretching from the Bayers Lake Industrial Park to Hammonds Plains. It includes a dozen lakes, countless bogs and Blue Mountain, the summit of which provides a spectacular view of several hundred square kilometres.

Earlier this year, 1,350 hectares of provincially owned land in the area were given wilderness protection, the first step in a process outlined in HRM's Regional Plan, which calls for the land to become a regional wilderness park.

But the wilderness designation gave greater potential value to about 400 hectares of privately held land in the area, as new housing would have the added sales potential that comes with backing onto a wilderness area. City staff and environmentalists both say that any development of that private land will essentially destroy the lakes and the pristine condition of the wilderness, as oil from cars drips into the watershed, ATVs tear up the terrain, dogs chase away wildlife and so on. And while city staff is opposed to the development application, mayor Peter Kelly told the CBC last week he won't agree to the city buying the property.

The issue will comes before the Regional Plan Advisory Committee on December 16. See thecoast.ca/bites for more info as that date approaches. —TB 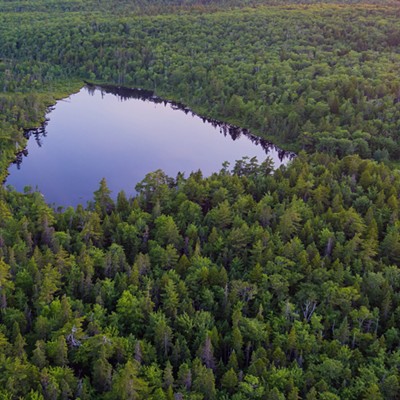