Bloomfield withering on the vine

Halifax staff want to sell it off—again—but the future of the languishing north end property is still very much TBD. 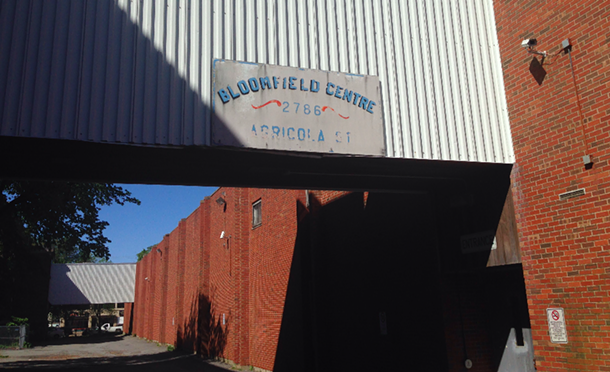 THE COAST
Requisite establishing shot of dilapidating urban property.
Halifax is still trying to figure out what to do with Bloomfield, more than a year after the province walked away from redeveloping the former north-end school.

A staff report before Regional Council on Tuesday recommended once again selling off the Agricola Street property as surplus. Instead, council voted to defer that discussion until mid-August and spend the next several weeks consulting with stakeholders like Imagine Bloomfield and the Conseil Scolaire Acadien Provincial (CSAP).

The Acadian school board has expressed an interest in using the land for a new P-12 school it wants to build on the peninsula. But Peninsula North councillor Lindell Smith says the languishing property’s fate will depend on who wants to work together to redevelop it, and how much cash they have to spend.

“It really comes down to who has the money,” he says, “because the government tried to do it, and obviously that ship sunk quite quickly.”

The Bloomfield property was formerly a school, then a community centre until its closure in 2014. The municipality sold it to the Nova Scotia Housing Development Corporation in 2012 for $15 million, but the sale was never .

An ambitious plan to build 400 housing units on the land—40 percent slotted for affordable housing—never . Community advocates in Imagine Bloomfield walked away from the plan last January out of frustration, despite public assurances from Housing Nova Scotia that everything was still on track. Months later, the province informed Halifax it was backing out of the deal.

Despite the development delays, Imagine Bloomfield co-chair Susanna Fuller says HRM needs to press pause and think about what’s best for the site before making another sale.

“The quickest solution is not the best, and HRM should know that because that’s what happened last time when they offered it to the province, and we told them that since the beginning,” says Fuller. “Right is better than quick.”

In a press release, Imagine Bloomfield says its members have been trying unsuccessfully to meet with HRM about the property for the last six months. The community group writes that it was taken aback by staff’s recommendation to sell the land off to private buyers instead of keeping it publicly owned.

Smith says he was as surprised as Imagine Bloomfield to see the report.

“I told them that I found out the same time they did,” says the councillor. “The first thing I did was contact them and let them know it was coming so we could have a conversation around that.”

City staff are hoping to sell the property under similar conditions as the previous 2012 request for proposals, and as outlined in the 2009 Bloomfield Master Plan. Those stipulations include reserving 20 percent of the 90,000 square-foot site as open public space, using 20,000 square feet for affordable cultural space, keeping 10,000 square feet commercial space targeting the creative industry and incorporating affordable housing.

But Fuller says “things have changed” in the north end since Bloomfield’s master plan was devised nearly 10 years ago. What made sense then, might not be the best fit for the site today.

“We’re now relying on a master plan that’s a decade old without a check-in,” she says, noting HRM has recently sold—or is in the process of selling—other former north-end schools such as St. Pat’s on Quinpool and St. Pat’s-Alexandra on Maitland.

“Once you sell off public land you don’t ever get it back.”

It costs HRM $90,000 a year in upkeep while the building sits empty; unused by everyone except the mice. Insurance and legalities are stopping anyone else from going inside, says Smith,

“I tried. I tried to get people in that building. Even the parking that was being offered, they had to get rid of that.”

If council approves staff’s recommendations in August, any future sale will still likely be delayed by the Centre Plan’s slow, methodical installation. Staff say the highest value for the property can best be achieved if it’s sold “post-Centre when policies and the land use bylaw are certain, and not speculative.”