Anika Riopel is the coordinator with the EAC's Welcoming Wheels program, which aims to connect newcomers with bikes and community THE COAST

Bike Again gets to stay put

The property it rents was sold, but new owner says the biking collective’s home is safe.

Halifax’s feel-good bike collective will get to stay in its Charles Street home for a while longer.

The Coast reported in March about the potential sale of the property where the volunteer-run collective rents its bike repair garages. At that time, Raoul Tanyan, the volunteer coordinator with Bike Again, told The Coast: “as a collective, we're a resilient bunch of volunteers. No matter where we end up, we're going to be able to serve the community.”

A week after the article was published, the sale—which included a duplex and the two Bike Again garages—was finalized. The property sold for $1.1 million, $100,000 over asking.

Claire Parsons, strategic communications manager for the Ecology Action Centre, Bike Again’s parent organization, tells The Coast that the new owner has informed the EAC that they have no intention of making Bike Again leave the space for at least five to 10 years. “Which is great news,” says Parsons.

Bike Again's home up for sale: The resilient DIY cycling collective is unfazed, if a little weary, at the prospect of moving again. 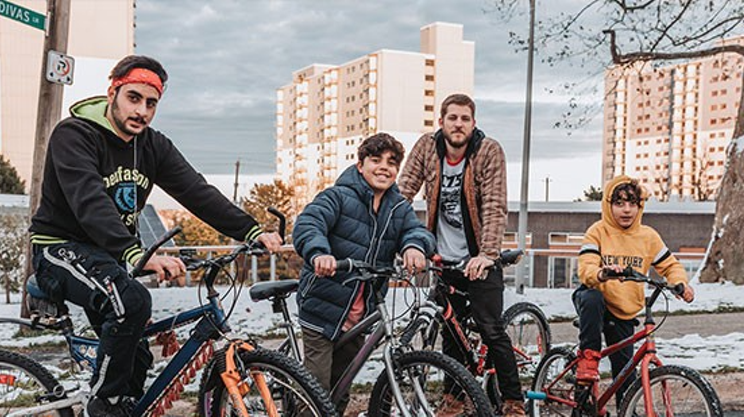 We love how the Trellis Collective brings pedal power to the pandemic: Mohammad Aljenadi is giving new life to 100+ bikes and a group of bike mechanics.