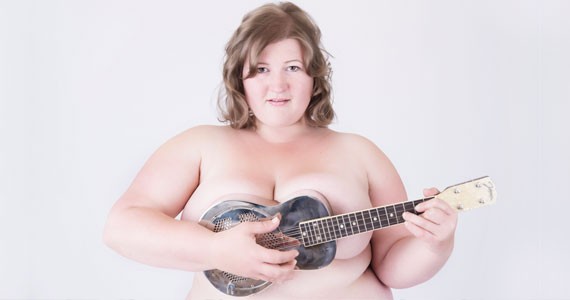 "Sexually charged folk is how I describe my bit, in the sense that my lyrics have a lot of double entendres," says Merhar. "But I'm still keeping with the singer-songwriter tradition."

"When I first started listening to music in my early 20s, I listened to a lot of old blues and as a fat woman, I was trying to own who I was," she says. "But it wasn't a forced political project in that sense, what comes out are stories about living in a world where there's a lot of inequality, but I can't help but be funny about it."

Merhar has released three EPs—Letters Are Better, GDFC and Singles, and is currently working on her fourth as a full-time grad student. She says her ongoing tour, Academically Stacked, poses as a delightful escape from her studies.