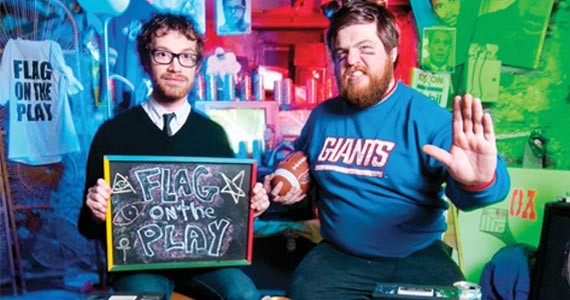 Flag on the Play, a weekly football/conspiracy theory/wizard-naming and shaming show taped in a north end basement, took this inaugural category just in the nick of time. “We’re pumped,” says Paul Doucette, who hosts the show alongside best friend Hugh Stewart. “It’s good we won because we’re a TV show now, so we only had one shot at this award.” That’s correct: As of October, the comedy-sports hybrid joined the hallowed halls of cable access television on Eastlink. Friday nights after the Quebec Major Junior Friday night hockey and Saturday afternoon after Atlantic University Sport football you can have a real weird time with the dudes. Don’t miss it.