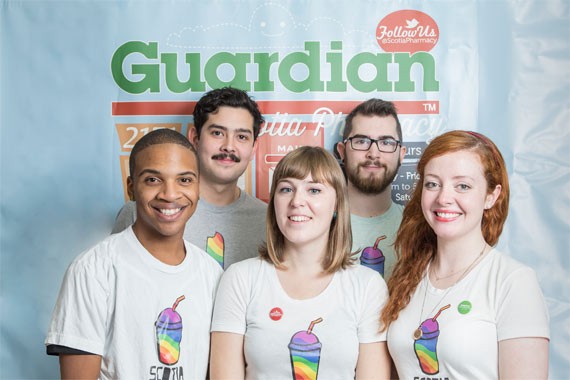 Chances are, @ScotiaPharmacy has already gotten your attention. The ALL CAPS EVERYTHING helps, but it’s the humour that seals the deal and takes home this award for the second year running. “We have a great staff overall, but our front store staff are full of artistic talents,” says co-owner Jennifer Jorma of Gab Gallant, Dylan Chew and the other folks who’ve helped make Scotia Pharmacy, and its sister store Nova Pharmacy, beloved Twitter accounts. “They have a lot of creativity behind them and Peter and I support that fully and I think it translates well for the pharmacy and the front store. They have a lot of fun at work.” @ScotiaPharmacy says, “WE’RE THRILLED 2 HEAR WE’VE WON GOLD A 2ND YR IN A ROW BUT WE’D JUST BE A YELLING PHARMACY WITHOUT OUR ADORING FANS!”