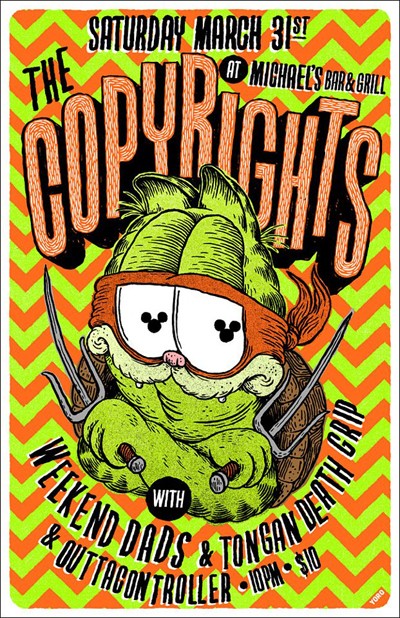 
“Dude, this drawing is actually insane. I can’t decide if it’s too much or not,” says Yorodeo artist Paul Hammond, about his early sketches for a new poster. Rare words for Hammond, who along with Seth Smith, makes up the poster-producing pair known for their wackadoo drawings, judicious use of neon, 3D and sometimes illegible hand-lettering. Yorodeo have been, in their words, “a little bit slack about posters this year” but have big plans coming up. “We’re planning on just still focusing on art,” says Hammond. “Expanding the 3D series to include some life-sized photo-based portraits, sculptural, and video-based work.” Head to thecoast.ca to see the abovementioned early sketches, and catch a glimpse of what the posters look like before they hit the streets.