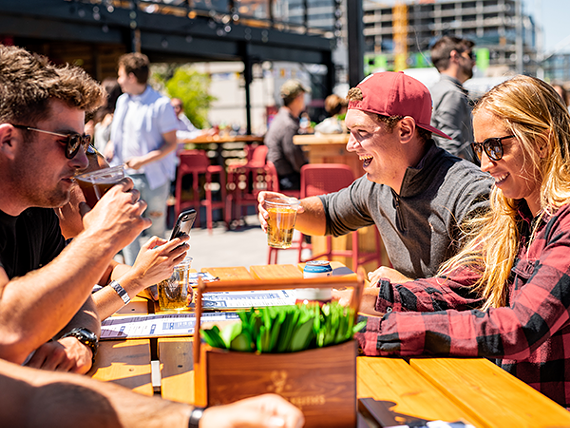 Hall of fame Your Father's Moustache

Summer 2019 is barely over, but Legendary Hospitality’s Geir Simensen is already counting down to summer 2020. That might have something to do with the banner year the Stubborn Goat Beer Garden had on the waterfront. “The first three years we had it was quite a learning curve. When we got the second tender, we’d already made the investments—so we could build on it instead of starting from scratch,” he says of this season’s upgrades, which had the 400 person capacity space lined up before opening on a regular basis. “We brought the space to the ocean—there were not many seats without a view. For something that was the exact same footprint it was remarkable how different the feel was.”