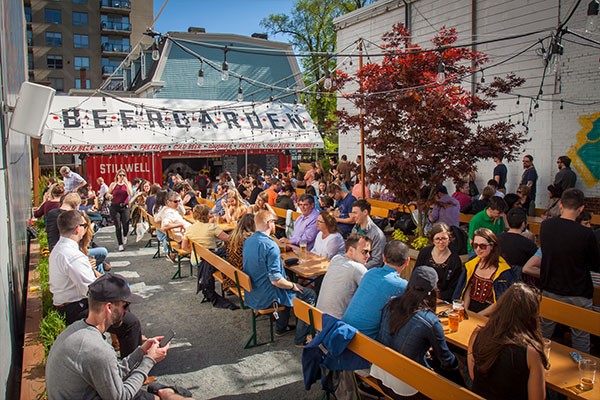 Hall of fame Your Father's Moustache

“The beer garden is for everybody,” says Stillwell co-owner Chris Reynolds, “everybody and their dog.” Spring Garden Road’s cool factor went way up when Stillwell Beergarden, the outdoor craft beer heaven, opened there in 2016. And the great thing about being a seasonal business is, you get to relive the energy of that debut again every single summer. “It’s more than a patio, it’s its own thing. It’s got its own vibe and its own outlook in terms of food and beer,” says Reynolds. “This year we held fewer pop-ups and events and sort of aimed to be reliably there and reliably open as much as the weather would allow.” Memories of 2018’s knock-out summer may be fading with the fall, but he teases that there’s different, new stuff in the works for 2019.