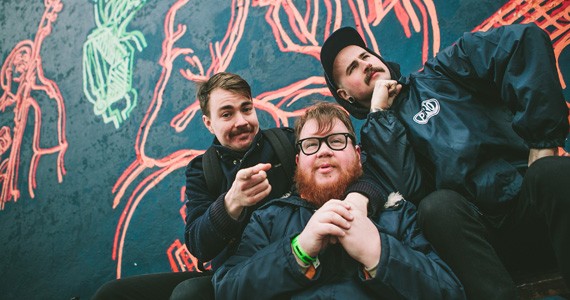 Billie Dre & the Poor Boys are all about getting down to brass tacks. They speak plainly, carry no illusions and have one goal: to have fun making music. Honestly, it's refreshing.

"Well, obviously we're in it for one thing---the money," jokes Henderson.

"Yep, the Maserati is outside," says Dray.

"I have several holes in my shoes," says Henderson. "They're just holes you have to accept."

Joking aside, the group has been putting the pedal to the metal since the early days of 2011, changing its sound drastically from slow and low folk to pure riff-laden rock and roll swagger, releasing an astonishing amount of tight videos and singles, got a manager, a booking agent and most recently played a slot at Canadian Music Week from their Take it To the Tiki battle of the bands win.

There are no laurels to rest on though, a new album and a tour are in the works.

"We're hard at work on it," says Ryan. "But we keep changing our plans." Right now the plan is to tour in June, cross their fingers for a slot at North By Northeast, then play an release show for debut full-length Garlic Fingers, an album packed with odes to summer, snacks and beach love.

During their early days, like most bands, the group were "just figuring ourselves out," says Dray. "But we're all very hungry at this point," says Henderson.

Despite that, they have little interest in the business side of music, preferring to just get on stage, connect with one another, rip it up and let the music speak for itself.

About the CMW showcase, Ryan says, "We've never played a big industry show like this before. Obviously our stomping grounds are dirty dive bars but you gotta play everything."

"With this CMW thing, I mean, we're such a new band. We haven't been touring for a year and a half---I think the exposure is going to be great but I'm not going in there expecting anything," says Dray. "Most people aren't going out to find bands like us, I'm bald with a mustache, and these dudes look greasy as all hell, I'm aware of how it works."

Even in the local scene, there aren't many bands that sound like them, and that might be why they fit so well.

"We do have one thing figured out, and it's how to have fun," says Henderson. "We learned it the hard way."

"It's hard though sometimes, have you ever been on a stage where you look out and there's less people there than on stage?" asks Ryan, laughing. "But no one's coming to my door, like, 'Hey, is there any good music being written in there?' You gotta put it out there and get it in front of people."

"It's like praying or meditation," says Dray. "Give one hundred percent. If you're bummed, the performance is destroyed."

Talking to them, and seeing them live, it's clear that having fun is a priority.

"I remember reading an article in Spin about how rock stars don't smile, but I'm not that guy," says Ryan. "We're not that band, we like to goof around and we're just happy people are enjoying what we're enjoying."

"'Cause we're not going to stop anytime soon," says Henderson. Lucky for us.

Silver Winner The Band Before Time